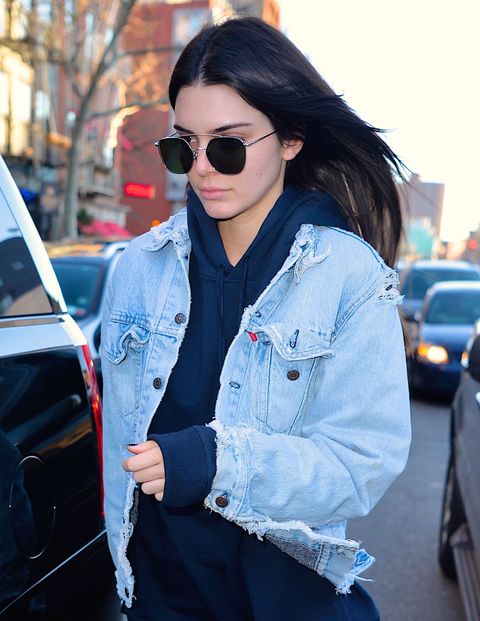 Somewhere between getting dressed up for the MTV Movie Awards red carpet and hitting the after party with her date for the evening Gigi Hadid, Kendall Jenner spared a moment to get a little sentimental on Snapchat.

But first let's go back a little:  We've all witnessed the return of the OJ Simpson trial to the current spotlight thanks to the FX show The People V. OJ Simpson. Even though the events of the trial took place before Kendall was born, her mom and step-siblings have a close tie to the story, and are even portrayed in a few episodes of the series. Kris Jenner was particularly hit by the loss of Nicole Brown Simpson, who was one of her best friends.

Fast forward to Saturday evening when sister Kylie Jenner introduced her big sis on her Snapchat account to ask her what her middle name is and who she's named after. Kendall's middle name, as many people know, is Nicole. Kendall goes on to say "My middle name is after Nicole Brown Simpson because that was my mom's best friend. And I'm honored to have this name."

It's unclear what prompted the explainer, but the sentiment is touching nonetheless. Watch the whole Snap story below: