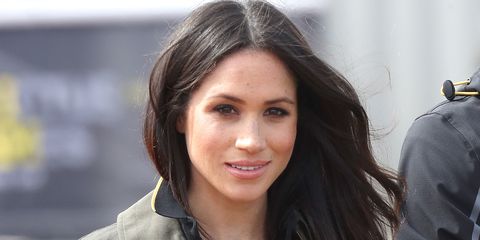 Another day, another member of the Markle extended family coming out of the woodwork to publicly drag soon-to-be royal Meghan Markle for not inviting them to the royal wedding.

Meghan's 78-year-old uncle, Michael Markle, is the latest relative to come forward confirming he has not received an invitation to the May 19th wedding. Michael worked in the U.S. government for 19 years and says he helped Meghan with her "application" (presumably for her visa—although, her future in-laws also happen to be pretty well-connected to the British government, so she may not have needed Uncle Mike's help at all).

"I knew the ambassador and I asked him if he could help, as her application was a little on the late side," Michael told Daily Mail. "That's why I don't understand why she has been so indifferent towards me. It's uncalled for. I helped her out and I didn't ask for anything in return."

He may not have asked for anything in return, but it seem he did expect an invitation to the wedding—and he was not pleased when that never came.

"I'm upset and surprised about not being selected but if they don't want me there, then I don't want to go," he said. "This whole invitation thing has not been played out very well. I never did anything to embarrass Meghan. It seems to me they handled the arrangements poorly."

Michael also told the Mirror during an earlier interview that his brother, Meghan's father, had also not received an invitation.

"I'm sure she doesn't want some of the Markles there, but myself and my brother Fred and my two girls would like to go," he said.

Other relatives, including Meghan's half-brother, have publicly slammed the actress for not inviting members of her family to the wedding.