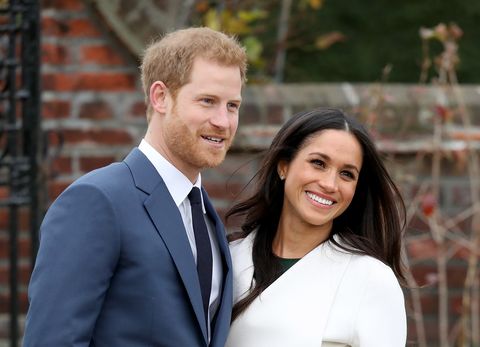 Meghan Markle and Prince Harry's wedding is officially less than a month away (let the fervent countdowns begin). As the couple's May 19th ceremony at St. George's Chapel in Windsor grows near, the world is focused on who is—and is not—invited to the nuptials. Included on the "not invited" list are many members of Meghan Markle's family.

The latest person from the Markle clan said to have been snubbed for a coveted invitation is also the most surprising: Her father, Thomas Markle. In an interview with Good Housekeeping, royal biographer Andrew Morton (author of Diana: Her True Story and Meghan: A Hollywood Princess) said that Meghan's dad has not been invited to the upcoming wedding.

"I spoke to members of the Markle family over the weekend, and they said that not one Markle has been invited," he said.

This news comes as a total shock, especially after reports that Thomas planned to walk his daughter down the aisle on her big day and photos of him studying up on Britain, presumably ahead of a trip for the wedding.

"At the moment, he doesn’t seem to have his invitation," Morton continued. "As far as I’m aware, he doesn’t have an air ticket accommodation, or anything else. It looks increasingly like it will be Doria Radlan (Meghan's mother), who will walk her down the aisle."

This break in tradition wouldn't be the first for Meghan, who has made history for bucking royal tradition on several occasions ahead of her marriage to Harry. Plus, Meghan has a famously close relationship with her mom, so this plan sounds very plausible.