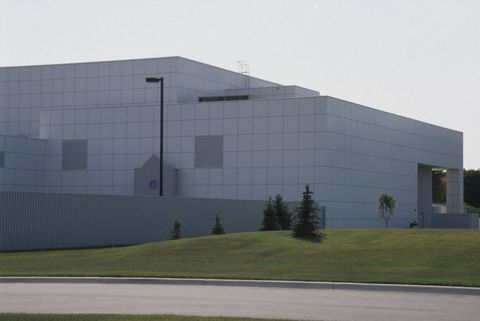 After news of his death broke, fans gathered outside of Prince's Chanhassen, Minnesota, Paisley Park estate and studio to pay their respects. While a few very lucky journalists, friends and fans got a peek inside of the 55,000-foot compound when Prince was alive, the rest of us have been left wondering what it looks like beyond its stark exterior. Prince made every guest abandon their phones, cameras and even recorders and notebooks before they entered the Park.

According to his ex, Sheila E., there's a chance the public may eventually get a peek inside.

"We're hoping to make Paisley what [Prince wanted] it to be. [He] was working on it being a museum," she told Entertainment Tonight. "He's been gathering memorabilia and stuff from all the tours, like my drums and his motorcycle. There's pictures of him all down the halls, some you've seen before and some never [seen]…There's a mural on the wall with his hands out and on one side is all the people he was influenced by and the other side is all of us who have played with him...It's beautiful."

Until then, here is a rare look inside thanks to some never-before-seen photos from 1990, which were recently released:

While the outside looks pretty sterile, there are triangle skylights on top which would reportedly light up purple when Prince was home.

Prince's recording studio was also inside the estate.

He would rehearse for his tours on this stage set up inside Paisley Park.

Prince kept his awards and the vault which had his original master recordings in his "Foo Foo Room."

He had a custom-made vending machine, which looks to be stocked with gum. Convenient.

And, of course, there was a mannequin tailored to Prince's exact measurements so his custom-made costumes could be fitted on-site.

Would you expect anything less?