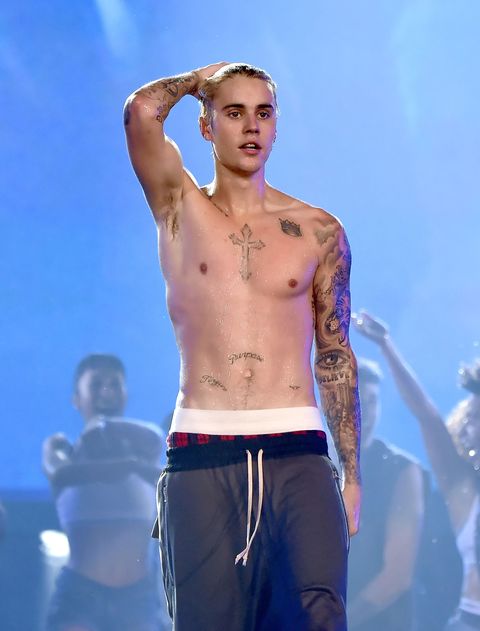 Justin Bieber has been having a weird couple days during his Purpose World Tour stop in Boston, Massachusetts. Yesterday, the singer was seen walking around barefoot and feeding squirrels; and now, he's been spotted hanging out on a tree branch in Boston Public Garden.

In multiple videos posted to Instagram, Justin appears to have decided to turn nature into his very own office. He's dressed casually in the videos—perfect for climbing trees, of course—and listening to headphones with what appears to be a notepad in his lap. After doing some stretches, the Biebs looks extremely at peace for a moment before looking around at his fellow park goers. As if all of that weren't peculiar enough, someone is playing "Scarborough Fair" in the background to help set the mood.

The fact that Justin Bieber chose to spend the day hanging out in a tree isn't really that peculiar when taken out of context, but it is a bit strange given his behavior over the last few days.

It's especially unclear why Justin chose to spend so much time in Boston Public Garden during his time in the city. Perhaps he's found some unexpected inspiration there, and is using the location to work on new music—in which case, Beliebers can expect to get some very different vibes from Justin's next album. On the other hand, after claiming yesterday evening that he will no longer be taking photos with fans due to the fact that it's detrimental to his mental health, it's also totally possible that reconnecting with nature is simply a part of Justin's journey to self care.