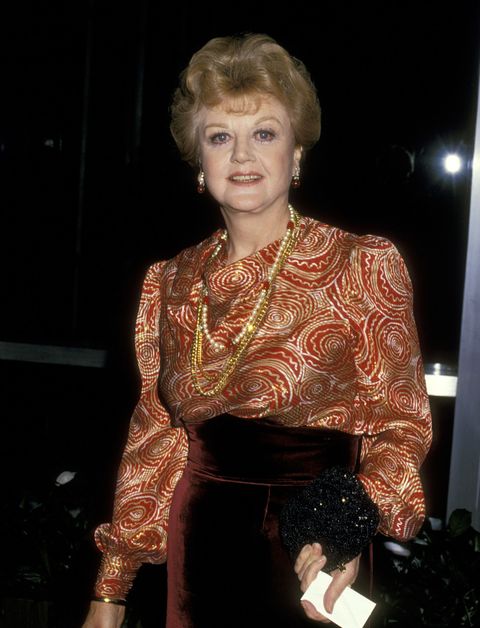 Appearing on Game of Thrones has long seemed like a rite of passage for British actors, but now it's getting to the point that not being asked almost feels like a snub.

The series made headlines last week with the announcement that Jim Broadbent (aka Professor Slughorn from the Harry Potter films) had been cast in a "significant role." The internet barely had time to speculate what that role might be (although the general consensus is some kind of maester) before rumors of another famous Brit joining the cast took hold.

Said rumors originated from a German website called Bild, and have been gaining steam ever since because—naturally—everyone wants Jessica Fletcher to come to Westeros.

Some speculate that Lansbury could appear as another Tyrell family matron or as Lady Stoneheart (AKA zombie Catelyn Stark, for all the non-book readers out there).

Since this is most definitely still the stuff of internet fodder and neither HBO nor Lansbury have confirmed or denied, we'll *try* to keep our excitement in check. But, if this rumor turns out to be true, then Season 7 is shaping up to be Thrones' most epic yet.

Kayleigh Roberts Kayleigh Roberts is the weekend editor at Cosmo, focused on celebrity news and royals.
This content is created and maintained by a third party, and imported onto this page to help users provide their email addresses. You may be able to find more information about this and similar content at piano.io
Advertisement - Continue Reading Below
More From Celebrity
This Is Dax and Kristen's Approach to the Sex Talk
Angelina Jolie Dodged a Question About The Weeknd
Advertisement - Continue Reading Below
Kourtney and Travis Want a "Destination Wedding"
Harry Panicked About the Queen's Hospital Stay
Olivia Munn Doesn't Care About "Settling Down"
These 83 Twitter Accounts Harass Meghan Markle
Adele's Ex Came to a Special Taping of Her Album
Kristen Stewart on a "Spooky" Moment Playing Diana
Travis Covered His Ex' Name With Tattoo for Kourt
Kendall Jenner Wore a Bedazzled Pink Cowboy Hat