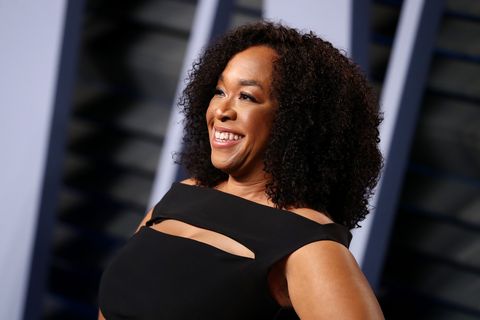 Shonda Rhimes has announced eight new Shondaland series that will debut on Netflix as part of her move to the streaming platform.

“I wanted the new Shondaland to be a place where we expand the types of stories we tell, where my fellow talented creatives could thrive and make their best work and where we as a team come to the office each day filled with excitement,” Rhimes said in a press release about the new series. “Ted and Cindy and everyone at Netflix have been incredible partners in making that happen. This is Shondaland 2.0.”

Here are the eight Shondaland projects in the works at Netflix:

This series, based on the New York Magazine article How Anna Delvey Tricked New York’s Party People by Jessica Pressler, will be written by Rhimes herself.

This series, described as a "smart feminist take on Regency England romance" digs into the lives of the women and men in London's high society marriage mart. It's based on Julia Quinn’s best-selling series of novels.

The Warmth of Other Suns

Based on Pulitzer-Prize winning author Isabel Wilkerson’s award-winning book of the same name, this series will follow the decades-long migration of African-Americans fleeing the Jim Crow South in search of a better life in the North and the West between 1916 and 1970.

Another period piece, this one set in the 1840s in the then-Mexican state of California, follows the war at the border as Americans lay claim to the area.

Reset: My Fight for Inclusion and Lasting Change

Little is known about this one aside from the fact that it will be based on Ellen Pao’s memoir about her life and career, including her groundbreaking lawsuit.

This series will be based on Kate Andersen Brower’s nonfiction book The Residence: Inside the Private World of the White House, which offers an insider’s account of White House residence staffers and the lives they share with the First Families.

This series, which is planned as a "darkly comedic" half-hour show, follows a group of teenage girls who somehow survive the apocalypse while at sleepaway camp and set out to restart humanity under scout rules.

This one is a documentary about Debbie Allen Dance Academy’s award-winning reimagining of the classic ballet, The Nutcracker.

Kayleigh Roberts Contributor Kayleigh Roberts is the weekend editor at Marie Claire, covering celebrity and entertainment news, from actual royals like Kate Middleton and Meghan Markle to Hollywood royalty, like Katie Holmes and Chrissy Teigen.
This content is created and maintained by a third party, and imported onto this page to help users provide their email addresses. You may be able to find more information about this and similar content at piano.io
Advertisement - Continue Reading Below
More From Celebrity
Celebs That You Forgot Were on MTV Shows
The Best TV and Movie Wedding Dresses of All Time
Advertisement - Continue Reading Below
47 'Friends' Facts Every Superfan Should Know
40 Celeb Exes Who Worked Together After a Breakup
35 Unforgettable Royal Wedding Scandals
The 50 Most Popular Episodes of ‘Friends,’ Ranked
Iconic Party Photos From the Past