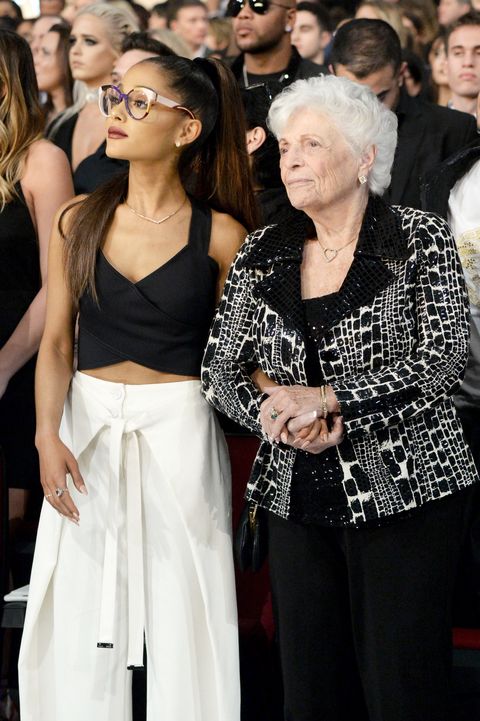 The roller coaster ride that was Ariana Grande and Pete Davidson's relationship came to an end this month, so RIP love.

TMZ broke the news on October 14, citing sources who said it was just "not the right time for their relationship to take off."

Per TMZ: "Sources close to the former couple tell us AG and PD split this weekend, with both parties acknowledging that it simply was not the right time for their relationship to take off. We're told the two still have love for each other, but things are over romantically."

In the week since the news broke, Ariana has been leaning on her family for support. On Saturday, she was spotted in the Bronx with her mom, Joan Grande, and a male friend. The singer wore sneakers, leggings, and an oversized sweatshirt during the day out and wore her hair in a low bun instead of her signature high ponytail (TMZ has pictures, if you're interested).

On Sunday, the "God Is a Woman" singer personally took to Instagram to let her fans and followers know that another member of her family has been there for her during the breakup: Her grandma, who she calls Nonna.

Ariana and her grandma have always been close. Ariana brought Nonna out on stage during the 2018 MTV Video Music Awards and credited her with being the inspiration for her platinum look in the "Focus" music video.

"I wanted to do my ponytail in white for a while, or in a different color," Ariana explained at the time. "I actually was sitting opposite my Nonna and I was like, 'Nonna, I love your white hair. It's so beautiful.'"

Kayleigh Roberts Contributor Kayleigh Roberts is the weekend editor at Marie Claire, covering celebrity and entertainment news, from actual royals like Kate Middleton and Meghan Markle to Hollywood royalty, like Katie Holmes and Chrissy Teigen.
This content is created and maintained by a third party, and imported onto this page to help users provide their email addresses. You may be able to find more information about this and similar content at piano.io
Advertisement - Continue Reading Below
More From Celebrity
Meghan Discussed Her Daughter in Vax Live Speech
Prince Harry Talks Digital Pandemic at Vax Live
Advertisement - Continue Reading Below
Harry and Will Have Been Arguing for Months Now
Prince Harry Doesn't Regret His Oprah Interview
Archie Has a Distinct American Accent, Apparently
Hailey Wore a Nude Blazer and Micro Dress
Gabrielle's TikTok About Her Prom Date is So Funny
Victoria Beckham Shuts Down 'Spice World 2' Rumors
Kendall Jenner Shared Her Experience of Anxiety
'The Voice' Star Blake Shelton Opens Up About Gwen