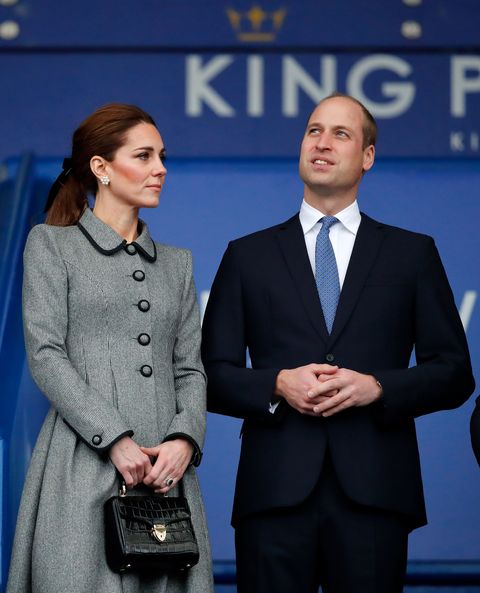 It's no secret at this point that Prince William and Kate Middleton didn't have a totally smooth courtship. The couple, who met during their time at the University of St Andrews, broke up briefly in 2007 before ultimately reconciling and, eventually, getting married and making adorable royal babies together.

The split was shocking because Will and Kate seemed like such a perfect couple from the get-go, but, apparently, that's exactly why Will was so hesitant to move forward with the relationship. In her book The Making of a Royal Romance, royal expert Katie Nicholl summed up Will's concerns:

"He was aware his father had been pressured into marrying Diana because she was deemed the suitable bride. He was reluctant to bow to similar pressure and vowed not to be hurried at the altar. He made his feelings clear, telling a journalist in an off-guard moment that he had no plans of getting married any time soon."

That off-guard quote, according to the International Business Times, went like this:

And, you know, fair. They were young and Will's parents did have a very dramatic relationship that was largely the result of being rushed to the altar. Since Will and Kate were both 29 when they finally said "I do," he got his wish.

"We were both very young," Will said of the split during the couple's joint engagement interview. "It was at university, we were sort of both finding ourselves as such and being different characters and stuff, it was very much trying to find our own way and we were growing up, and so it was just sort of a bit of space and a bit of things like that and it worked out for the better."

For her part, Kate has said the temporary split was good for her, too, even though she was very against it at the time.

"I think I at the time wasn't very happy about it, but actually it made me a stronger person," she said at the time. "You find out things about yourself that maybe you hadn't realized, or I think you can get quite consumed by a relationship when you are younger and I really valued that time for me as well although I didn't think it at the time. Looking back on it."

Thankfully, true love won out in the end.

Related Stories
Will, Kate, Harry, and Meghan Have a Group Text
Prince William Says He and Kate Are "Naughty"
Kayleigh Roberts Contributor Kayleigh Roberts is the weekend editor at Marie Claire, covering celebrity and entertainment news, from actual royals like Kate Middleton and Meghan Markle to Hollywood royalty, like Katie Holmes and Chrissy Teigen.
This content is created and maintained by a third party, and imported onto this page to help users provide their email addresses. You may be able to find more information about this and similar content at piano.io
Advertisement - Continue Reading Below
More From The Ultimate Guide to the Royal Family
A Look Back at Princess Anne's Life in Photos
A Look at Royal Family Portraits Through the Years
Advertisement - Continue Reading Below
Kate Had a Big Regret About Her Engagement to Will
An Attack Dog Once Mistook Will for an Intruder
The Queen Is Still Prince Harry's Mentor
Harry Was Homesick for a While, But Is Happy Now
Meghan Wasn't Appreciated for Royal Contributions
Harry & Meghan Have Had a Painful Year Since Exit
The Queen's Hot Grandnephew Is a Thirst Trap
Watch Diana Play Impromptu Piano in Rare Clip