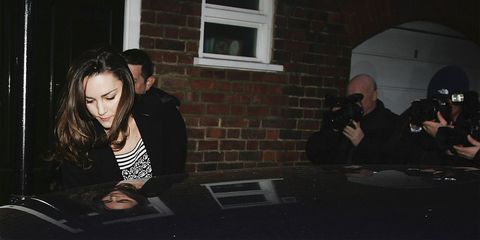 In 2007, true love briefly died when Prince William and Kate Middleton broke up briefly in 2007. The split didn't last long, thankfully—Will and Kate split in March of 2007 and were back together by June of that year, according to Express. 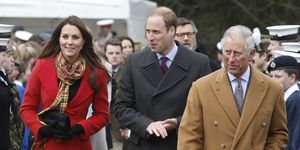 Years later, during their joint engagement interview, Will and Kate were asked about the split, because obviously the world needed answers. Will was very PC about the whole thing, blaming the time apart on a need to grow separately as people:

"We were both very young," he explained. "It was at university, we were sort of both finding ourselves as such and being different characters and stuff, it was very much trying to find our own way and we were growing up, and so it was just sort of a bit of space and a bit of things like that and it worked out for the better."

Kate, on the other hand, was very candid about the impact the break had on her, admitting that she wasn't really on board for the time apart, before conceding that it was ultimately for the best.

"I think I at the time wasn't very happy about it, but actually it made me a stronger person," she said at the time. "You find out things about yourself that maybe you hadn't realized, or I think you can get quite consumed by a relationship when you are younger and I really valued that time for me as well although I didn't think it at the time. Looking back on it."

So what did Kate do during that time apart? According to Express, she took a trip to Dublin with her mom, Carol Middleton, to process things. Kate was spotted in Ireland just days after her split from William. Kate and Carol visited the National Gallery of Ireland during their stay and Kate politely refused to offer a comment about, well, anything when approached by reporters at the time because she is a class act.

Kate was reportedly also joined by a group of girlfriends for the trip, proving that even a future-duchess has more or less the same post-breakup routine as the rest of us: Call your mom and then bring in friends for distraction.

Kayleigh Roberts Contributor Kayleigh Roberts is the weekend editor at Marie Claire, covering celebrity and entertainment news, from actual royals like Kate Middleton and Meghan Markle to Hollywood royalty, like Katie Holmes and Chrissy Teigen.
This content is created and maintained by a third party, and imported onto this page to help users provide their email addresses. You may be able to find more information about this and similar content at piano.io
Advertisement - Continue Reading Below
More From Celebrity
William Will Suffer "Worst" from Harry's Memoir
Simone's Boyfriend Sent Her the Sweetest Message
Advertisement - Continue Reading Below
Harry's Friends Don't Want to Be in His Memoir
Will & Kate's Modern Approach to Raising George
Meet Simone Biles's Super Supportive Parents
What Happens on Katie's Season?
Bennifer Recreated Their 2002 PDA Moment
Why Harry's Memoir Release Date Has Upset People
The Royals Are Worried About Prince Harry's Memoir
Gabrielle Union Debuted a New, Short Haircut