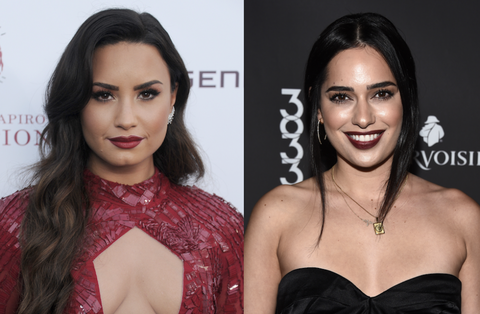 Demi Lovato was spotted at Disneyland on Sunday holding hands with a young woman Perez Hilton has identified as DJ/producer Lauren Abedini. While neither Demi nor Lauren have commented, a lot of people on Twitter are wondering if Demi and Lauren are dating.

I just saw Demi Lovato at Disneyland and she was holding hands with some chick 🤷🏻‍♀️@DisneyParkCeleb @DisneylandCeleb pic.twitter.com/Sohfa9OoRA

In 2016, she told People, "[Sexuality is] something I don't think needs to have a label. As humans, it's just about a connection with someone." 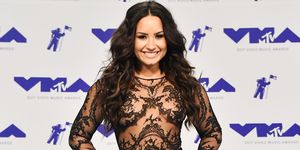 Demi Lovato Frees the Nipple at the VMAs

Obviously, holding hands doesn't necessarily mean they're soulmates or even dating, but just sayin', they could be a cute couple.

Lauren—who goes by the name KITTENS professionally (how fun, right?)—counts Usher as a mentor and hosts a series of non-profit DJ workshops for women, with proceeds going to women's shelters in Los Angeles. Watch her work below.

Advertisement - Continue Reading Below
More From Celebrity
Kylie Threw Stormi the Most Elaborate Party
Chrissy and John's Post-Grammys Dance Party
Advertisement - Continue Reading Below
Selena Gomez Sent an Emotional Note to Demi Lovato
What Was in Nick Jonas' Teeth at the Grammys?
Why Isn't Beyonce at the 2020 Grammys?
Watch Demi Lovato's Emotional Grammys Performance
Beyoncé's Pre-Grammys Look
Blake and Gwen Were Too Cute at the Grammys
The Jonas Brothers' Grammys Performance Was a Lot
Alicia Keys Covers 'Someone You Loved'