Being a celebrity comes with a lot of perks. One being, money. In fact, it seems like, the more expensive, the better—at least when it comes to celebrities gifting each other things. From brand new, luxury cars to renting out the Eiffel Tower for a night, behold, the most insanely expensive, over-the-top gifts celebrities have given each other.

What’s better than the chicken fries from Burger King? Owning the entire restaurant (or, maybe 10 of them). West reportedly bought Kardashian 10 different branches of the chain restaurant as a wedding present, and they aren’t just in the U.S. Apparently he felt it was necessary to buy her ones in different countries like the UK, France, and Italy.

Teigen posted a photo to Instagram showing off the giant cheese wheel Legend gifted her as a Christmas present in 2015. In her caption she wrote, “A cheese wheel to dump pasta and risotto in for years to come! My tableside serving game is bout to be liiiiiit!” Save us a seat at the dinner table.

Back when Bieber was 17, he took his then (and again, now) girlfriend, Selena Gomez to the Staples Center on a date. He was said to have rented out the arena at zero cost (being a celebrity has its perks). But, if you were looking to take a date there, it would cost you approximately $475,000 for rental.

Cox purchased a bike for her Friends co-star, Aniston, ultimately proving that she’d be there for her (with transportation that is). But it was no ordinary bike. The vehicle came with a Chanel-seat cushion which reportedly cost $12,000.

Affleck bought his former wife a jewel-encursted toilet seat. Reportedly he told a friend, “Jennifer is my princess and she deserves only the best—even when it comes to toilets.” The toilet seat, which Affleck supposedly designed himself, cost a whopping $105,000.

During a guest appearance on The Ellen DeGeneres Show in 2012, the singer was surprised when his manager Scooter Braun gifted him with a luxury (yet, eco-friendly) car. The $100,000 ride comes equipped with a solar panel roof.

Rowland sent Beyoncé a pink Swarovski-encrusted bathtub after accidentally revealing the gender of her and Jay-Z’s child. The "I'm sorry" gift cost Rowland $5,200.

To celebrate their wedding, Jolie dropped $250,000 to give Pitt Ernest Hemingway’s *actual* typewriter. The typewriter was reported to have been used by Hemingway in the 1930s to write the book From Who the Bell Tolls.

In 2013, West bought Kardashian a one-of-a-kind Birkin bag, hand-painted by George Condo. She posted a picture of it to her Instagram with a bunch of hashtags, one being #ChristmasPresentFromYeezy.

Jenner’s kids all chipped in to buy their mom a vintage Thunderbird, which she said was her dream car, according to her Instagram post. “So surprised I seriously have no words for this spectacular gift from my kids......thank you family ❤❤🎅🏼🎅🏼🎄🎄🙏🙏#blessed #family #1956thunderbird #christmasmagic #dreamcar #imaluckygirl”

We already knew Perry was a little out-of-this-world when she dropped her song “Extraterrestrial.” But we didn’t know she literally wanted to travel out of it too. The signer bought her former husband a ticket to space from Virgin Galactic for $200,000.

One day Jenner woke up and decided she wanted to give her BF Tyga a car. Naturally, she bought him a $300,000 Bentley. It’s just really NBD.

“Today on my doorstep was delivered a White Angel from heaven. It felt like the old days of the record business, she's such a spiritual girl! A heartfelt thank you to John Janick and Steve Berman, the whole Interscope family. I will ride, and care for, and love her forever. I was so surprised!❤️” Gaga captioned her photo on Instagram.

This time Jenner went for something a little more subtle and gifted her friend with a $14,600 Cartier Rainbow bracelet. Not quite as expensive as the year before, but, boy, do we want to be friends with Jenner.

Jolie purchased a little piece of the world for her now ex-husband Pitt in 2013. The private island cost the actress a whopping $12.2 million. Hopefully the heart-shaped island didn’t split when the couple filed for divorce in 2016.

Kardashian went all out for North's first Christmas, purchasing her a miniature black Lamborghini. Did we mention Kanye got one too? But his was real, of course. Her Instagram caption read, “Like father, like daughter.”

Suri Cruise (Tom Cruise's daughter) must have been a good girl because for Christmas, Holmes bought her a miniature house. The life-like playhouse comes with all amenities included—water, electricity, and even a media room.

The Beckhams are also known to make large gift purchases. The soccer player bought his wife an entire Napa Valley winery for her birthday‚—because one bottle just wasn’t enough.

It’s not what he got her, but rather what they got for their kids. Last year, Cannon built an entire candy room for them, and deemed the room the “Cannon Candy Shop.” Sadly, the pictures he posted on Instagram have been taken down. But supposedly the room had giant lollipops, a gumball machine, and even a cotton candy maker.

The two are notorious for dropping large amounts of money on crazy gifts, and 2012 was no different, when Angelina gifted Brad an entire helicopter and flying lessons. The whole gift cost about $1.6 million. The real kicker...it was a “just because” gift.

For Jay-Z’s 41st birthday, Queen B. bought him a Bugatti Veyron Grand Sport. For just under $2 million dollars, he can now ride around in style.

Tyga has also gifted Jenner with some pretty nice things too—like this huge rock, that *wasn’t* an engagement ring (though we’re sure cost more than many people’s rings). The rock was said to have cost $33,000.

To celebrate their one year anniversary, West rented the entire Eiffel Tower. While we’re not entirely sure how much the rental cost, we’re positive it wasn’t cheap.

Cruise bought his bride-to-be a private jet as a wedding present. Reportedly he spent $20 million dollars on the aircraft all to say, “Your love sends me to the moon.”

Kardashian got Apple cofounder Steve Wozniak to visit West for his birthday, since he’s quite the tech geek. Not an expensive gift, but definitely a hard one to find.

Righton purchased a 100-year-old olive tree for Knightly as a wedding present. It cost about £3,000, which comes out to $4011.39. That’s one expensive tree. But, Righton was said to have had the tree planted in their backyard in France on their wedding day. Apparently, he carved their initials into the bark. That’s so sweet.

Kutcher bought his then-wife Moore a Peter Beard art book that cost $1,900. The art book is filled with pictures of Beard’s trip to Africa and there were only 2,250 copies of it sold.

While not quite a gift to another celeb, in 2014, Swift sent tons of Christmas packages to random fans, dubbing the holiday “Swiftmas.” Fans posted their packages and we’ve gathered that the “Reputation” singer spent thousands of dollars. Just two packages from fans totalled up to about $4,100. 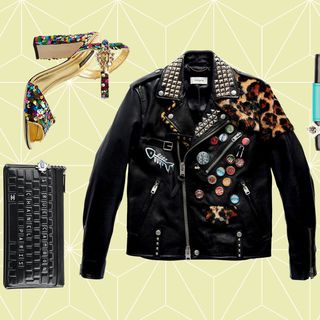