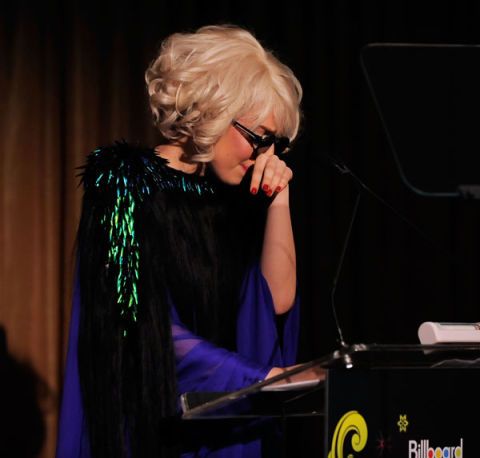 No one is safe from Sam Smith's tear-inducing candor—not you, not I, and certainly not Lady Gaga. Earlier this month, Gaga fessed up and tweeted out the following:

You're so special my baby. Your email made me cry @samsmithworld With the voice of an angel, u need no permission or advice. You're perfect.

Now, we finally have some insight as to what touched Gaga so profoundly. In an interview with 103.3 AMP Radio in Boston, Smith spoke about the e-mail:

"Someone had mentioned to me that Gaga knew of my stuff," he said. "I was just completely overwhelmed by that. I wrote her an email basically just saying, 'I remember being a 17-year-old, queuing up for your concert, dreaming up doing this and being in the music industry.' The thing I admire most about [her] was the hustle and what she did to get into the industry. I just ran with it, saying, 'Thank you so much for inspiring me to do this because the reason why I'm here now is partly because of you and she seemed touched."

With their soulful pipes and old-fashioned sensibilities, we've always thought of Lady Gaga and Sam Smith as kindred spirits. In fact, we think it's only a matter of time before the two collaborate, unleash a duet, and set the pop charts on fire.