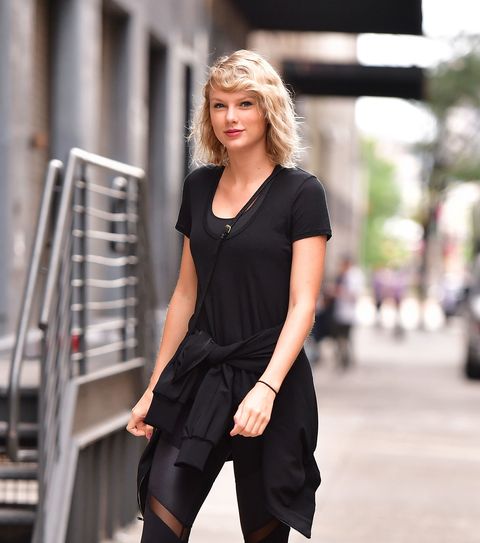 Last night, Swift squad member Gigi Hadid celebrated the NYFW debut of her collaboration with Tommy Hilfiger. Taylor, being the supportive bestie she is, was perched in the front row, iPhone in hand, eagerly snapping videos as the models paraded her friend's collection down the runway.

After the show, Gigi spoke with ET about what Taylor has been up to.

"She's obviously such a great friend," the model said. "And you know she is starting to go back to work in the studio again, and really made time to be here for me, and I am so grateful for that."

The pop star did seem in high spirits as she sang along to Calvin Harris and Rihanna's song "This Is What You Came For"—otherwise understood as throwing subtle shade at her ex. With the crazy year she's had, from breakups to public feuds to fiery flings, Taylor Swift should have no shortage of material to draw from for her next album.