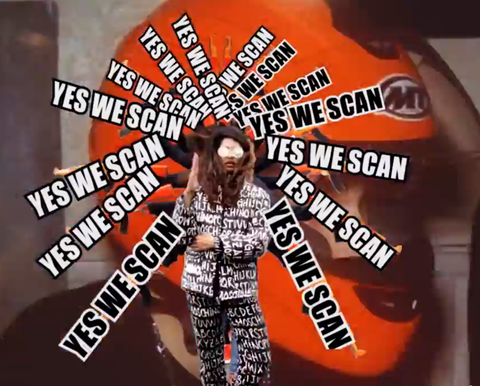 After much anticipation, M.I.A. has finally released her self-directed music video for "Double Bubble Trouble." It's no surprise this powerful reggae/rap number has a cool — and sort of trippy — video to match. We can't keep our eyes off the screen with each scene quickly shifting to the next, from smoke rings to 3D printers to dance troop Steps 8 backing the singer beneath neon drones. The video's large cast even includes a cameo appearance by track co-producers, The Partysquad.

Watch the video, below, but note that you may need to watch this one a few times just to capture all the vivid imagery.