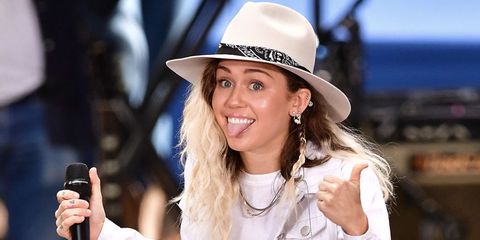 In a new interview on British chat show Lorraine, Miley Cyrus revealed that she thinks of herself as "genderless." The singer was extremely open about how she views herself, and her identity, and the answers she gave throughout the interview were more than a little interesting. 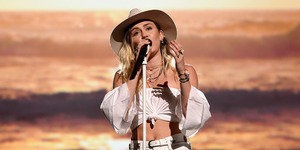 Miley on Why She Quit Drugs 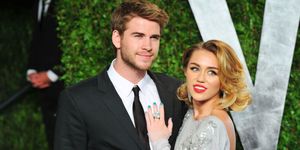 When asked what makes her weird, Cyrus replied, "I'm weird because...many reasons, I think. Hopefully this will become the new normal, too. I think I'm weird because I feel very like genderless, I feel ageless. I feel like I'm just a spirit soul, not divided by human beings, even animals. There's no me and them, and there's no us and you. I just want to be nothing."

Back in November of 2016, Cyrus revealed that she identifies as pansexual, telling Variety, "I always hated the word 'bisexual,' because that's even putting me in a box. I don't ever think about someone being a boy or someone being a girl."

It's pretty clear the "Malibu" singer now rejects all labels, and refuses to be subscribe to anyone else's view of her anymore, which is pretty refreshing.

And in a totally relatable move, Cyrus joked, "I was saying last night that if you don't like Dolly Parton, you're weird. And if I'm telling you you're weird, that's saying something, because I'm the weirdest person I know."