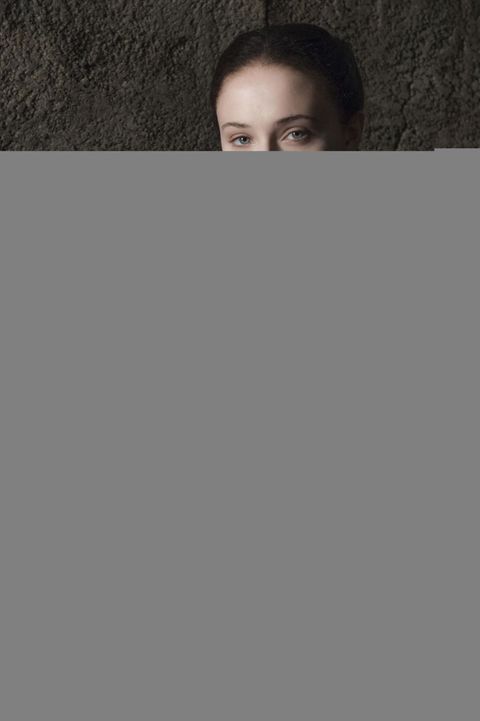 When we last left Sansa Stark at the end of Game of Thrones, Season 4, she had officially made the leap from scared teenager to grown woman, somewhat accepting Little Finger's advances towards her. But in Season 5, she could be traipsing even further into the dark side (and we don't just mean through her wardrobe).

According to Vanity Fair, Sansa actress Sophie Turner spoke about Sansa's journey in Season 5 during a red-carpet interview this weekend, saying : "season 5 gets a lot lot darker . . . if it can, if Game of Thrones can get darker." Apparently there is also one "super, super traumatic" Sansa scene that was "really kind of horrible for everyone to be on set and watch."

While we can't say that we'll enjoy seeing Sansa take a turn for the scary, it will no doubt be riveting, mind-blowing, I-thought-that-couldn't-happen viewing. Could Sansa be possible of murder? Could she finally be reunited with her sister only to have something terrible happen? Whatever it is, we know it will make for an incredible new season.

This content is created and maintained by a third party, and imported onto this page to help users provide their email addresses. You may be able to find more information about this and similar content at piano.io
Advertisement - Continue Reading Below
More From Celebrity
Ashley Graham Celebrates Body With Nude Photo
Gigi Hadid's Baby Is Already Wearing Moschino
Advertisement - Continue Reading Below
Adele Is Hosting 'SNL' in a "Full Circle" Moment
Harry Pranked the Queen by Changing Her Voicemail
Celebs Join the #MyNameIs Movement on Twitter
The Queen Laid Down the Law at the Royal Wedding
Why Meghan Might Stop Talking About Social Issues
Jennifer Lopez Rocks Activewear by the Pool
Diana Compared Royal Life to Wedding Day Stress
The Queen Made Prince Philip Quit Smoking