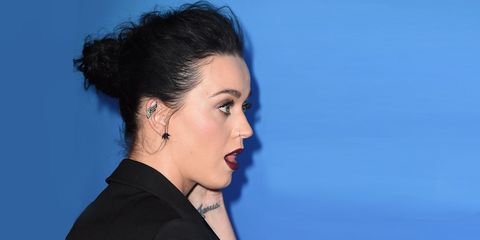 Katy Perry juuuust wanted to share a cute snap of her dog, but later found that she had ruined the rest of her day. (Well, probably her assistant's day, but whatever.) Posting an Instagram and tweet of a picture of her dog Butters, the star accidentally included his dog tag in the shot—which had her phone number on it.

Having shared the now-deleted shot with 70 million Twitter followers and 16 million Instagram followers, she was immediately inundated with concerned fans just trying to help her out.

@katyperry idk if it's your phone number but you should kinda see this...

But, like, have you seen Butters? It's kinda worth it for this face:

Katy Perry Hopes to Star in the 'Clueless' Musical

Is There a Hot Guy Conspiracy? Yet *Another* Drool-Inducing Account Has Hit Instagram—This Time with Puppies