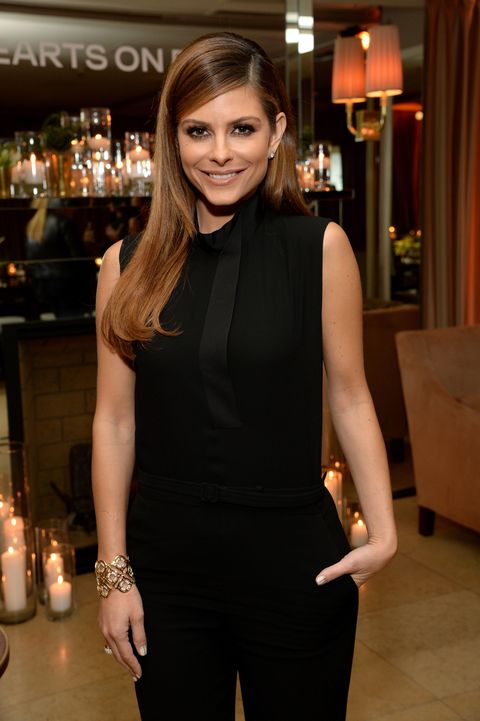 Rancic's last day is August 10—the end of an era, as Rancic has been hosting E! News for 10 (yes, 10!) years. But don't fret just yet—she'll still be working on E!, as part of Fashion Police and Live from the Red Carpet.

On to you, Maria.

Original story, 7/9: Giuliana Rancic is out of here. Except, not really. While the host announced that she'll be transitioning out of her duties for E! News, a spot she's held since 2002, you'll still be seeing her face on the network—as a co-host for Fashion Police and Live from the Red Carpet.

"For more than a decade, I was fortunate enough to play a role in the success of E! News and will miss my family at the show," Rancic said in a statement. "At the same time, I am excited to not only continue as host of two major franchises on E! but also executive produce the aspirational new show Rich in Faith for Oxygen as well as take my wine and clothing lines to the next level. This is such a thrilling time for me and I thank the gang at E! for understanding my desire to embark on this next chapter in my life."

The host most recently garnered controversy after making comments about Zendaya's hair—comments that resulted in a response from Zendaya, an apology from Rancic, and two resignations from Fashion Police, including Kelly Osbourne and Kathy Griffin. (Rancic will now host the show with Brad Goreski and Melissa Rivers.)

Her last day for E! News is August 10. See ya on the red carpet, Rancic.

Samantha Leal Senior Web Editor I'm Sam, the senior editor at MarieClaire.com.
This content is created and maintained by a third party, and imported onto this page to help users provide their email addresses. You may be able to find more information about this and similar content at piano.io
Advertisement - Continue Reading Below
More From Celebrity
Princess Eugenie's Son Got to Meet Prince Philip
Ashley Graham Is Having Twin Boys
Advertisement - Continue Reading Below
Gabrielle Union Danced Topless at a Window
Ben Affleck Is "in Awe" of Jennifer Lopez
Princess Beatrice Has Given Birth to a Baby Girl
Gigi Hadid's Mom Shared Sweet Pics of Khai
Kate & Will Probably Won't Have a Fourth Child
Ben & Jen Plan to Spend the Holidays Together
Kate & Will Are "Anxious" About Harry & Meghan
Mandy Moore Calls Breast Pump Emmy's MVP Accessory