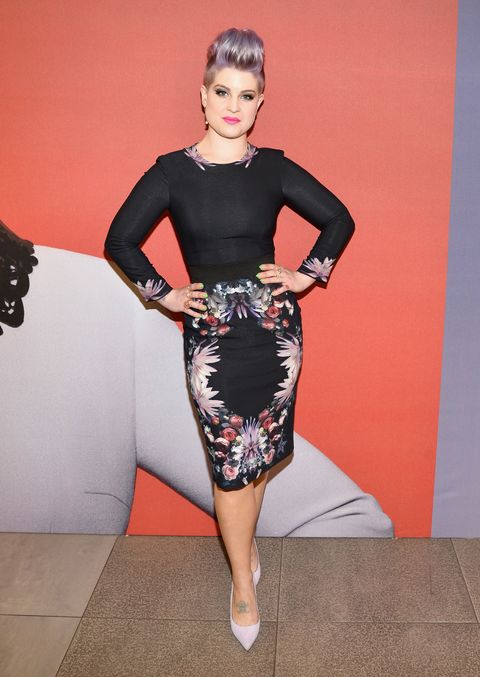 Update, 8/24: After making comments about Latinos and Donald Trump on The View that did NOT go over so well, Kelly Osbourne continued her apologizing spiel—this time by bringing Giuliana Rancic and the Fashion Police into it.

At an event for the NYX Face Awards, Osbourne told Us Weekly that she's not trying to hide from her comments about Latinos, all while rejecting comparisons to Rancic's Zendaya comment."Don't blame me for other people's mistakes. I wasn't edited," she said. "It wasn't a premeditated attack. And if I watched it, I would hate me too. So I have no problem, and I would do whatever I have to, to make it right. But don't compare me to her."

The comment that received tons of backlash? "If you kick every Latino out of this country, then who is going to be cleaning your toilets, Donald Trump?"

She mentioned that the clip was edited, but that she was "not going to make up excuses because I don't need to. I know who I am."

As for the Giuliana drama, Osbourne is not playing games, telling The Wrap that she'd never return to Fashion Police: "I will never admit to liking Giuliana because I don't. I don't think she's a good person and I think she's a liar."

We'll just end with this.

Update, 3/11: In a segment of The Talk that aired Tuesday, Kelly Osbourne addressed her Fashion Police exit for the first time since the news broke Feb. 27. "It was the five best working years of my life," she told Julie Chen. "I'm so grateful for the experience."

After lauding her late mentor and co-host Joan Rivers, Osbourne then said she's "excited for her future" and ready "to try new things."

Funny. That's totally something Khloe Kardashian could be saying right now too.

According to the celebrity news site, Osbourne, 30, had been unhappy with how the show was being produced and finally quit Friday. E! confirmed the news in a statement: "Kelly Osbourne is departing E!'s Fashion Police to pursue other opportunities, and we would like to thank her for her many contributions to the series over the past five years, during which time the show became a hit with viewers."

Fashion Police will continue as scheduled, and no replacement has been named.

Update: Zendaya Responds to Giuliana Rancic's Apology About Her Hair