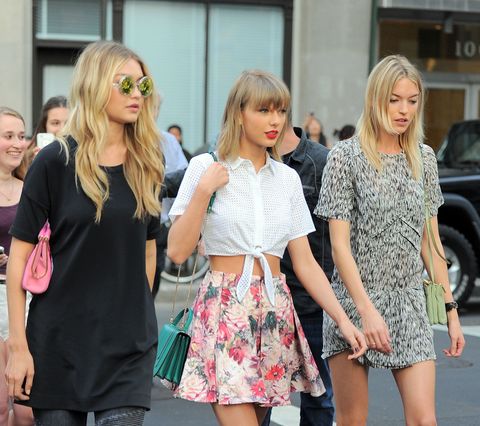 Just when you thought the whole Minaj-Swift Snafu of 2015 had finally blown over, Tay Tay's loyal companions jump back into the fray, defending her against a semi-famous detractor.

For context, Ed Droste of the band Grizzly Bear tweeted some not-complimentary things about Swift earlier this week, saying that she "frightens [him] genuinely" before retweeting a follower's link to a news article about Swift suing her former guitar teacher and another calling Swift "immensely evil."

In response to Droste's photo of the Star item detailing the alleged rules Swift had set for her girl squad—a dress code so she wouldn't be upstaged, standing behind her at all times—two crew members of the Taylor Swift Friendship Corps stepped up.

Turning against Taylor Swift is dishearteningly in vogue now, but women building up other women will never go out of style. See what I did there?