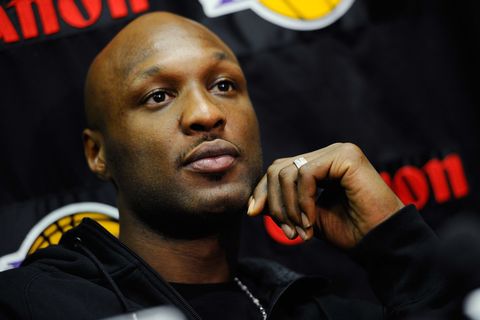 Following tragic news that Lamar Odom was was found unresponsive in a Las Vegas brothel, TMZ reports that he remains in critical condition with just a 50 percent chance of survival.

Doctors say that Lamar has endured "multiple medical problems" as a result of drug-related complications: in addition to a series of strokes and heart problems, four of Lamar's organs (including his kidneys) are failing.

The NBA star is surrounded by members of his family, including ex-wife Khloé Kardashian, her sister, Kim Kardashian, and their mother, Kris Jenner.

According to TMZ, Lamar's medical team cannot determine the "exact amount of brain damage" his overdose may have caused. Our hearts continue to be with him and his loved ones during this difficult time.