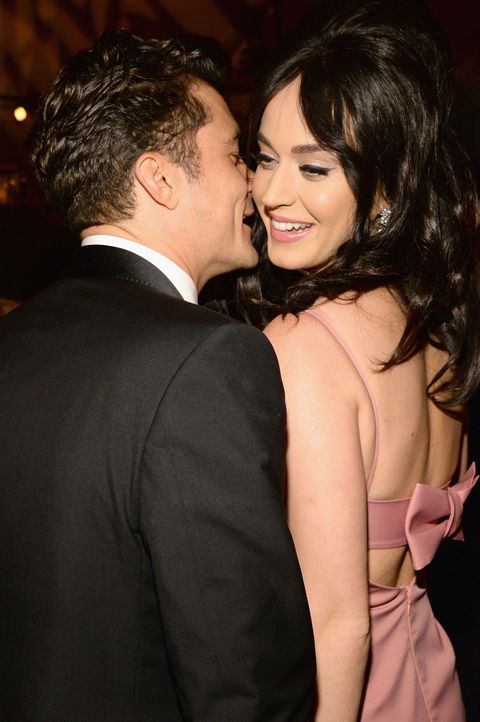 After the total and utter carnage that was celebrity relationships in 2015, 2016 is already delivering some pretty unexpected pairings. January alone has gifted the world Harry Styles + Kendall Jenner—not to mention Liam + Miley 2.0—and now it appears as though Orlando Bloom and Katy Perry are an item. Their love is blooming, if you will. (Sorry. Just, so sorry.)

Orlando and Katy were first seen being "extremely flirty" at Harvey Weinstein's 2016 Golden Globes after party (which, fun fact, Marie Claireco-hosts), and were most recently spotted seeing The Absolute Brightness of Leonard Pelkey together on January 21.

The play's star, James Lecesne, posted a photo of the duo on Instagram, so according to the "pics or it did't happen" rule of thumb, it totally happened.