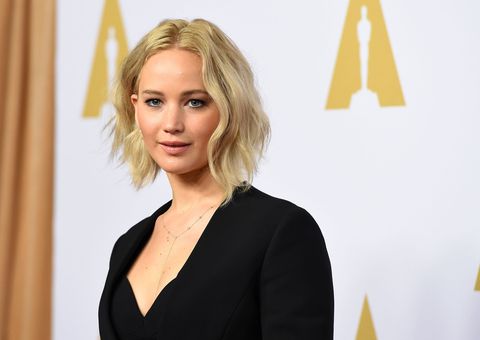 Is there a neater way to stick it to the Man than by making more money than him, as Jennifer Lawrence just did to pretty much all of male Hollywood? Yes—by banking almost *twice* as much as the next-highest earner, who just so happens to be Leonardo DiCaprio.

According to Forbes, Lawrence, who last year wrote an essay about receiving a smaller paycheck than her American Hustle costars, is this year's highest-paid Oscar nominee with $52 million to her name in comparison to Leo's $29 million. Matt Damon comes in third with $25 million, while fellow nominees Brie Larson, Saoirse Ronan, and Cate Blanchett didn't even make the list.

While there's still a ways to go to close the wage gap (not to mention fixing the industry's other problems), at least we now have tangible evidence of what can happen when one woman takes her own advice.