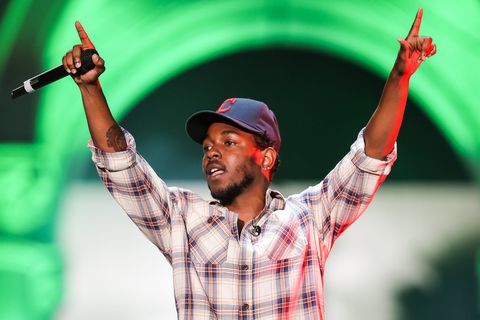 Kendrick Lamar, presumably feeling the nation's collective Trump-induced ennui, just did everyone a solid and dropped a surprise album called untitled unmastered. And unlike Kanye West (who is literally incapable of being in a monogamous relationship with just one album name), Kendrick didn't worry about plebeian things like titling his album because he straight up untitled it.

The eight tracks (all of which are also "untitled") seem to have been recorded between May 28, 2013 - September 21, 2014, implying that they were perhaps originally meant for To Pimp a Butterfly. Either way, they're amazing and we're currently here just like:

Buy untitled unmastered. on iTunes, or stream it below.