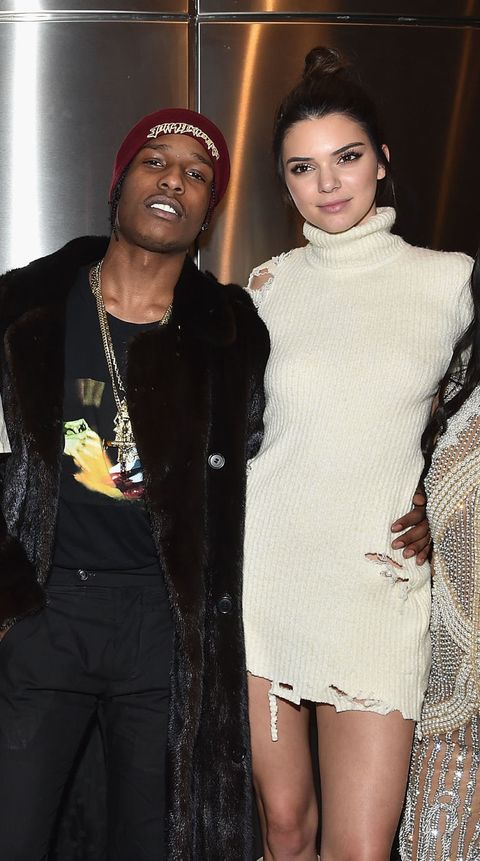 While the rest of the world has been obsessing over Kim Kardashian's attempted takedown of Taylor Swift, Kendall Jenner has been kinda-sorta-maybe dating A$AP Rocky. The rapper—who recently made headlines for his controversial remarks about Black Lives Matter—has reportedly been chilling with 20-year-old Kendall since last month, but fear not Harry Styles (if you're reading this): they aren't serious.

"It's a fling," a source says, "It's not serious." See? Meanwhile, another source says "he's just having fun" and "thinks Kendall is hot as hell" (we assume he's talking about both her body and mind being on fire).

The not-couple were seen together in Paris last month, and it is The City of Love, so do with that information what you will.

^Documentary footage of the internet following the every move of this fledgling couple.

Mehera Bonner Contributor Mehera Bonner is a news writer who focuses on celebrities and royals.
This content is created and maintained by a third party, and imported onto this page to help users provide their email addresses. You may be able to find more information about this and similar content at piano.io
Advertisement - Continue Reading Below
More From Celebrity
What Happens on Katie's Season?
Ben Affleck Had Dinner With J.Lo and Her Kids
Advertisement - Continue Reading Below
Jessica Biel Talked "Secret COVID Baby" Phineas
Katie Holmes Paired Baggy Jeans With a White Tank
Why Rachel McAdams Turned Down 'Devil Wears Prada'
Did the Queen's Brooch Send a Message?
Jennifer Lopez and Ben Affleck: Everything We Know
A Look Back at Gwen Stefani & Blake Shelton's Love
Beyoncé Celebrates Twins Rumi and Sir Turning 4
Katie Nails Casual Cool in Jeans, Tee, and Loafers