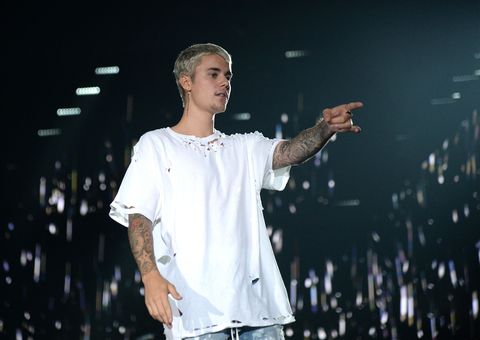 'Twas the night before Tuesday, and all through social media, not a celebrity was stirring after weeks of sparring over some words Kanye West said in a song. Then—BOOM!—Justin Bieber crashed in with what can only be seen as his official endorsement of one side in the conflict.

Wearing Lennon glasses—ironic given the whole message was very anti-"Give Peace a Chance"—the almost accidental RNC performer's post appears to be a screenshot of his forehead FaceTiming with Kanye and assorted Kanye friends. Innocuous enough, but then you get to the caption.