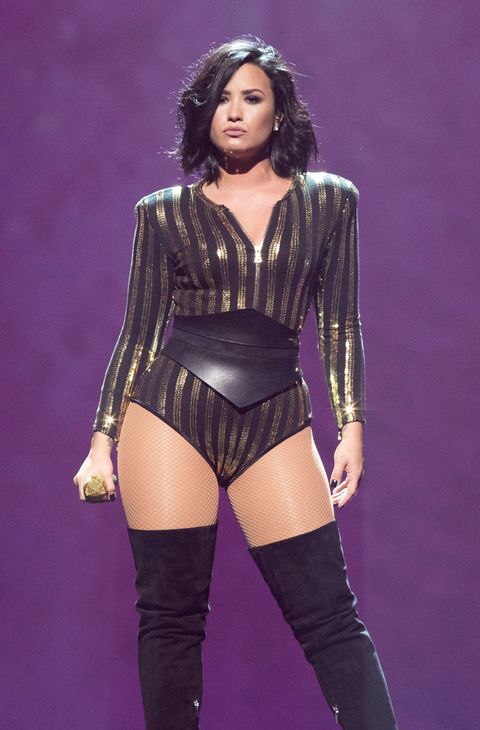 Once upon a time (November 2015), Sleigh Bells, the indie band behind "Crown on the Ground"—that infuriatingly catchy tune to which Emma Watson broke into Paris Hilton's house in Sofia Coppola's Bling Ring—called out Demi Lovato on Twitter for allegedly sampling two of their songs without permission.

.@ddlovato Demi Lovato flattered you guys sampled Infinity Guitars & Riot Rhythm for "Stars" but we were not contacted. Gotta clear those.

Now, the group has filed a lawsuit against Lovato for copyright infringement, claiming that the two tracks are "virtually identical content" that "transcend the realm of coincidence."

According to court documents, "a comparison of the two songs reveals that, at the very least, the combination of the hand claps and bass drum, structured as 3 quarter beats and a rest, with the bass drum providing a counter-rhythm to the hand claps, is at least substantially similar in both works. This infringing material repeats throughout the Defendants' song."

An exec from Lovato's label had previously denied the charges in Rolling Stone, but for now, hear for yourselves.