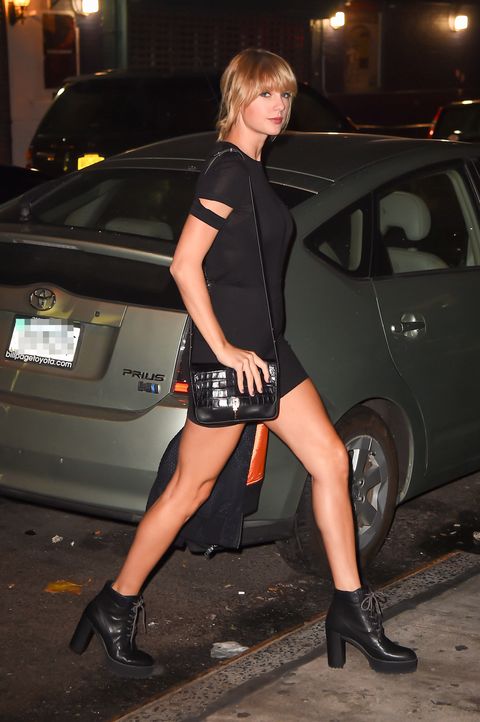 Having absorbed Dakota Johnson into her squad, Taylor Swift celebrated the new acquisition by attending a secret Kings of Leon show in New York City on Wednesday. (Remember that squadette Lily Aldridge is married to KOL frontman Caleb Followill.)

Before rolling up to the venue with VIP passes in hand, they walked outside, Swift in a body-con black dress and lace-up boots.

Here she is arm-in-arm with Rookie of the Year Dakota Johnson. (Hi, Cara Delevingne.)

And here with Lorde, AKA Non-Blonde Squadette #3. (The flaxen-haired members in attendance were Cara Delevingne, Martha Hunt, Lily Donaldson, and Suki Waterhouse.)

Then, after the parade and the hour-long show, they sojourned to a party with the band. What a life. What a squad.