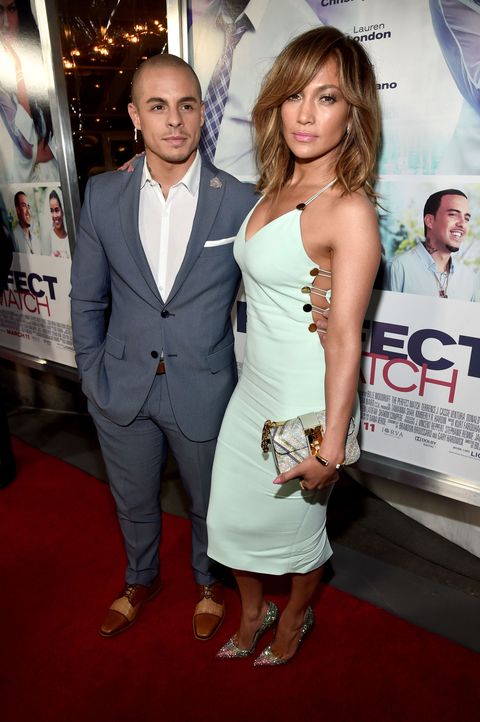 Perhaps forgetting how incredibly easy it would be to make jokes using both his first and last names, Jennifer Lopez's ex-boyfriend Beau "Casper" Smart allegedly stepped out on her, causing the dissolution of their relationship, People reports.

"She kicked him out because he cheated on her and he got caught," a source said to the outlet. "It happened two years ago, and he promised he would never do it again and once he did, she was done."

According to the insider, Not-So-Smart (told you/had to) has been trying his hardest to win her back by "working on himself" and Instagramming a new leg tattoo that reads "You must embrace the darkness to see the light." (It's one of those spontaneously generated pseudo-maxims the internet will probably attribute to poor Marilyn Monroe someday.)

In response to his or her self-spilt tea, the insider said "No one has time for that, especially J. Lo," which is like, "Never heard anything truer."

Chelsea Peng I'm Chelsea Peng, the assistant editor at MarieClaire.com.
This content is created and maintained by a third party, and imported onto this page to help users provide their email addresses. You may be able to find more information about this and similar content at piano.io
Advertisement - Continue Reading Below
More From Celebrity
Chloe From 'Too Hot to Handle' Is in 'The Circle'
Comparing the Two Biggest Royal Weddings
Advertisement - Continue Reading Below
Kate, George, and Charlotte Were Seen Shopping
J.Lo Shares First IG Photo Post A-Rod Split
Harry Has Experienced "Frostiness" from Royals
Billie Eilish Just Debuted a Bouncy Blonde Blowout
Gigi Shared an Adorable Spring Selfie With Khai
Katie Holmes Posted a 15th Bday Tribute to Suri
Chrissy Teigen Talked Stigma Around Infertility
Beyoncé Stuns in a Mesh Dress With Matching Gloves