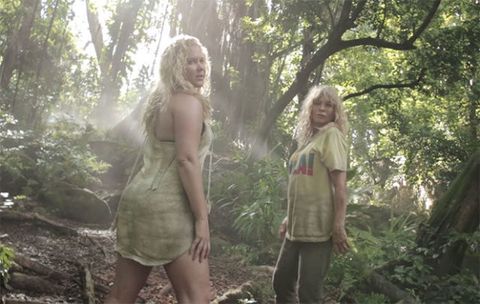 One of the highest compliments a famous person can give another is to spoof their work. An even higher compliment than that is if the spoofee officially recognizes the spoofer's efforts by putting the resultant parody on the music-streaming platform she's associated with, like Beyoncé (indirectly) did with Amy Schumer and Goldie Hawn.

In a video released Friday, Schumer and Hawn play off the OG "Formation" choreo, while dressed in what is presumably the wardrobe for the comedy they're costarring in.

When on an island with @goldiehawn @iamwandasykes & Joan Cusack… you listen to @beyonce and get in formation https://t.co/N9RFuI2Tya

Watch a preview here, then head to TIDAL for the whole clip.