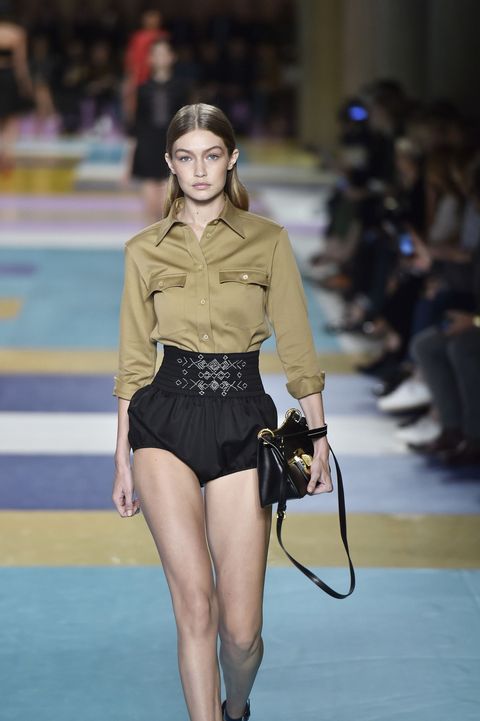 Between Taylor Swift's reported assault, Kendall Jenner's alleged stalker, and Miranda Kerr's home intruder, it feels like barely a day goes by without a female celebrity being preyed on by a strange male. And while it's tough to fight these cases in court (Kendall Jenner's stalker was simply found guilty of trespassing), Gigi Hadid just got a pretty big win in her case against Marcell Porter.

Porter was reportedly committed to a psychiatric facility on October 25 after a court psychologist found him delusional and mentally unfit to stand trial. He's with the Department of Health and Mental Hygiene, and will remain in their care until he's fit for court.

Porter allegedly stalked the supermodel online and in person, and even tried to break into her Soho apartment, telling the building's super that Hadid wanted to marry him. He was arrested on stalking and burglary charges after trying to break into the apartment a highly disturbing five times in one week, prompting her to put the place up for sale.

While it's clear that Porter has mental health issues and deserves help, it's impossible to ignore the growing trend of men preying on women in Hollywood. It's disturbing, depressing, alarming, and needs to stop.

Mehera Bonner Contributor Mehera Bonner is a news writer who focuses on celebrities and royals.
This content is created and maintained by a third party, and imported onto this page to help users provide their email addresses. You may be able to find more information about this and similar content at piano.io
Advertisement - Continue Reading Below
More From Celebrity
Emma Watson Stunned at the Earthshot Prize
Kate "Didn't Have Much Energy to Bond" With Meghan
Advertisement - Continue Reading Below
Blake Lively Trolled Ryan Reynolds Again
Kourtney Kardashian and Travis Barker Are Engaged!
See Kate Middleton's Subtle Environmental Look
Prince George "Adored" Seeing Dinosaur Fossils
Kate Middleton Borrows The Queen's Fashion Trick
Princes Charle and William "Competing" Over Causes
Lilibet May Be Christened in California After All
The Sweet Family Photos in Prince William's Office