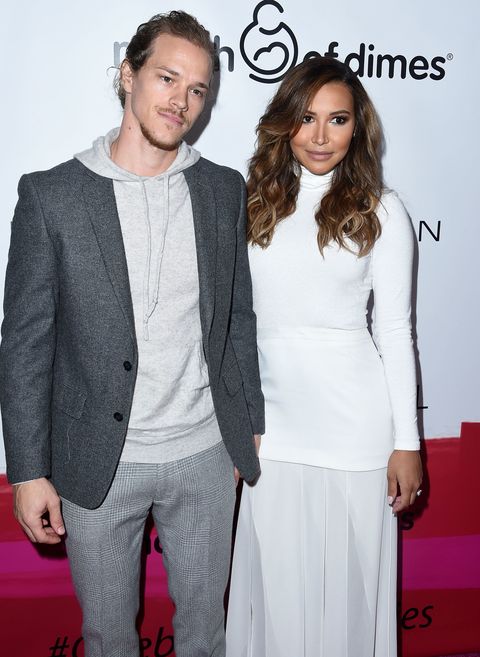 For those of you hoping to escape 2016 with Hollywood's remaining relationships intact, bad news. Glee star Naya Rivera has reportedly filed for divorce from her husband Ryan Dorsey. The couple have been married for two years, and have one child together—one-year-old son Josey. Rivera has reportedly asked for primary custody of Josey, with visitation rights going to Dorsey.

The former couple met in high school, and started dating in 2010. They broke up so Rivera could focus on her career, at which point she found out she was pregnant and terminated said pregnancy. She and Dorsey found love again after Rivera parted ways with Big Sean (who she claims cheated on her with Ariana Grande), and got married in a low-key Mexican ceremony.

Neither Rivera nor Dorsey have spoken out about their reported split.

Mehera Bonner Contributor Mehera Bonner is a news writer who focuses on celebrities and royals.
This content is created and maintained by a third party, and imported onto this page to help users provide their email addresses. You may be able to find more information about this and similar content at piano.io
Advertisement - Continue Reading Below
More From Celebrity
What Happens on Katie's Season?
Jennifer Lopez Wears Old Bracelet From Ben Affleck
Advertisement - Continue Reading Below
Simone Biles Cheers on MyKayla Skinner
See the Royals Socialize at a 1991 Cocktail Party
Eugenie's Pics from Inside Harry and Meghan's Home
Queen Trolled Tourists Who Didn't Recognize Her
Blake and Ryan Recreated Their First Date on IG
Charles Expertly Ignored Boris Johnson's Snafu
How Kitty Spencer's Wedding Dress Honored Diana
Dolly Parton On the #FreeBritney Movement