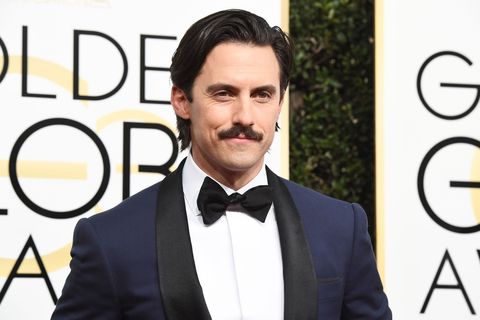 Ever since Netflix aired Gilmore Girls: a Year in the Life, the internet has been arguing over who the father of Rory Gilmore's forthcoming baby is. The possibilities? Paul, Logan, or a nameless Wookie Rory had sex with while on assignment. As Netflix puts it:

Where's an eighth grade science fair when you need one? #GilmoreGirls pic.twitter.com/6qYnjbn32q

However, when confronted with the question of Baby Gilmore's parentage during Sunday's Golden Globes, Milo Ventimiglia put forth a new theory. That none of the current contenders are Rory's baby daddy. Which...like...what now?

Who is the father of Rory's baby? We asked @MiloVentimiglia at the red carpet last night #GoldenGlobes #GilmoreGirls pic.twitter.com/RkWOSzlq1Z

While we're totally on board with Rory having consensual sex with whomever she damn pleases, the idea that she would sleep with someone off camera and not tell us about it is devastating. But if Milo's theory is correct, who is the father? Feel free to theorize on your own, but guys. The answer is obvious: