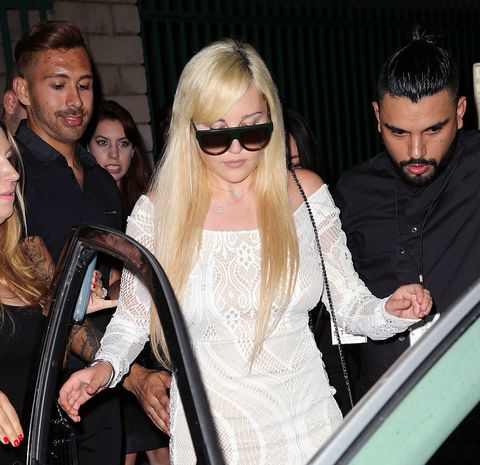 On Tuesday, Amanda Bynes returned to Twitter following a six-month hiatus to clear up a series of rumors spread by the allegedly fake Twitter account @persianla27. The tweets clarified that she was neither pregnant nor engaged, and expressed frustration at Twitter's apparent reluctance to take down the fake account.

"Amanda is neither engaged nor pregnant, and that is not her Twitter account," attorney David A. Esquibias told E! News.

However, some fans are not convinced, given that the allegedly fake Twitter account has previously claimed that Amanda is not allowed control of her own account and that everything that's posted from the verified official account is actually done by her parents.

On Wednesday, however, the account holder of @PersianLa27 posted claiming that the account was run by a woman named Ashley Banks, and that Amanda was the one who posted the driver's license, which is...confusing, to say the least.

The tweets then seemed to indicate that the account holder was claiming to be Ashley again.

It's unclear what's going on, but wherever Ashley Banks and/or Amanda Bynes is we hope they are both doing well.