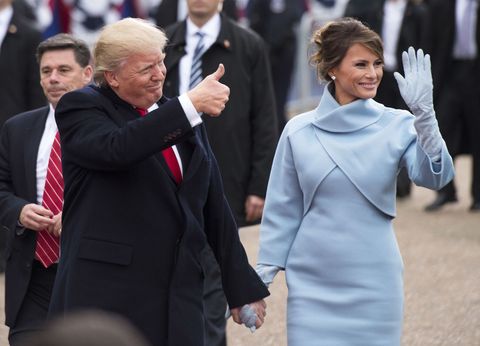 The world has been fascinated by Donald and Melania Trump's relationship ever since footage surfaced of Melania making a face while her husband was being sworn in as president.. Is she happy? Are they in love? Is their marriage genuine? Unclear, but a new report suggests they no longer sleep in the same room.

"They have separate bedrooms. They never spend the night together—ever," one source tells Us Weekly, while another says they do sleep in the same room—just not in the same bed.

Regardless, we know that Melania doesn't spend many nights with her husband, as she's chosen to stay in NYC (at a huge expense) while her husband resides at the White House. "Melania does not keep hidden from everyone around her how miserable she is," a family source tells Us Weekly. "Melania wants as little to do with Donald as possible. She is not interested in Donald, the presidency or anything involving him."

A Body Language Expert on Donald and Melania Trump 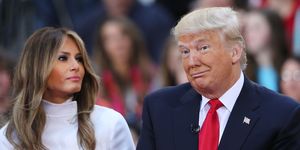 As for the validity of these reports, there are several things to note: 1) Us Weekly's complicated history with the Trump family, and 2) the fact that this administration has been full of leaks. That said, a rep for Melania denied the claims and gave the following quote to Us: "It's unfortunate that you are going to feature unnamed 'sources' that have provided fictional accounts."

Watch a body language expert break down the couple's relationship below.