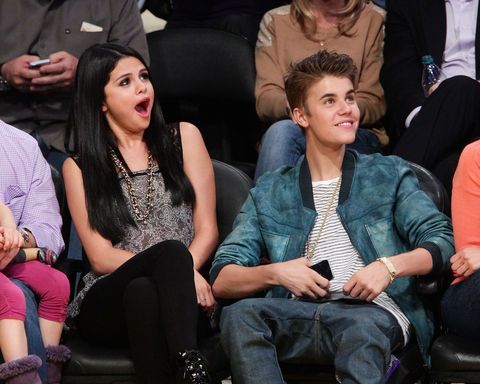 Justin Bieber was recently spotted in Rio with a brunette who bears a striking resemblance to Selena Gomez, and naturally the internet lost all semblance of chill and let out a collective scream emoji: 😱.

Apparently, Justin and his mystery friend met at a hotel, where 700 guests had reportedly paid to party with the pop star. They're said to have left together.

This is the internet though, and mystery friends don't stay mysteries for long. The woman spotted with Bieber appears to be named Luciana Chamone, and she has a strong Instagram presence of her own—with more than 100,000 followers.

Because the internet has a truly dark side, Luciana has faced a barrage of (often not-so-nice) comments from Beliebers, so she went ahead and posted this: