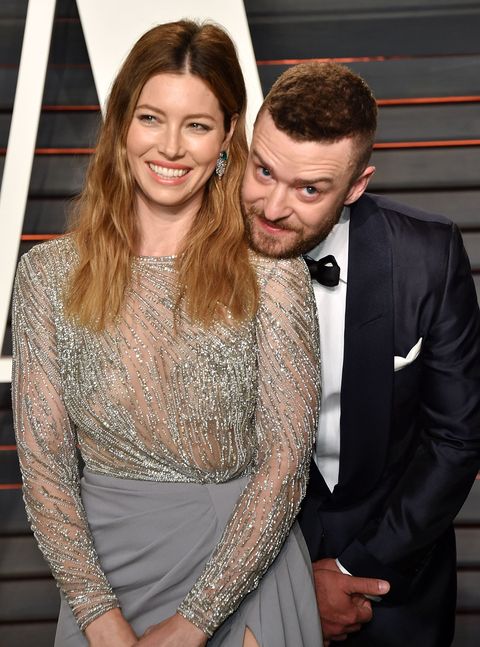 Jessica Biel doesn't want her son to follow in his famous father's footsteps. To be clear, she would like Silas to inherit some of Justin Timberlake's qualities, she just hopes he doesn't go into the family business.

"I would like our baby to inherit Justin's charm and his sense of humor. There are many qualities I'd love him to get from Justin," she told news.com.au. "But there's one thing I don't want for him. I really don't want him to be a musician."

Of course, supportive mom that she is, Biel said she would support Silas in anything he wants to pursue, she's just seen firsthand how tough the music industry is, even for a literal superstar like her husband.

"I watch what Justin goes through and he is at the top of his game. He has access to work with any producer, and he can actually get songs on the radio," she explained. "And this is from someone who makes great music; he tours and makes it look very easy, but he's been working for years and years and years to get to where he is."

So what would she like Silas to grow up to be? Pretty much the same things most parents dream of their kids growing up to be.

Happy Mother's Day to you, Mom. I only, just now, understand what you did for me. And to all moms everywhere, I'm having a champagne in your honor. And when I say champagne I mean seltzer water cause mama's gotta do carpool in the am. #momlife

"I just want him to be like an engineer or a doctor, something like that," she said.

We'd totally be here for Dr. Timberlake, but we have to admit, a Justin-Silas duet would be pretty great too.