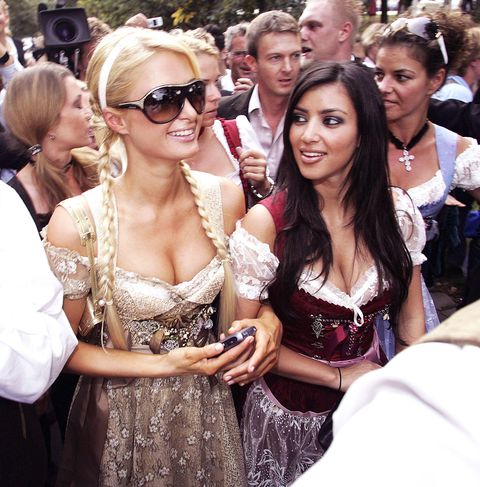 Paris Hilton—the woman, the myth, the legend—just gave an interview in which she unabashedly and casually took credit for just about everything you/your faves are into, and frankly she deserves all the:

The heiress had a lot to tell W Magazine about the fact that every other celebrity/human has been copying her style:

First of all, Kim didn't invent selfies. PARIS DID:

"If a beeper had a camera, I would have taken a selfie with it. I think I have a selfie from when I was a little kid, like on a disposable camera."

And, if she's honest, she's responsible for celebrities in general:

"We started a whole new genre of celebrity that no one had ever seen before. Nowadays, I feel like it's so easy becoming famous. Anybody with a phone can do it."

"To now see things on the runway, and to see girls wearing things that I used to wear is really cool because nobody really dressed like me back in the day."

"Nowadays, everything is just so scripted and fake. Everything is planned out. There's nothing real, really. I'm glad that I did it in the beginning when it was organic and fun."

Also, in other news, Paris lives life in a virtual reality (amazing):

"I'm obsessed with gadgets," she said. "I could do VR for hours; it's so sick. When you put it on, it's like you're in another world. And when you take it off, it's weird to be back in reality."