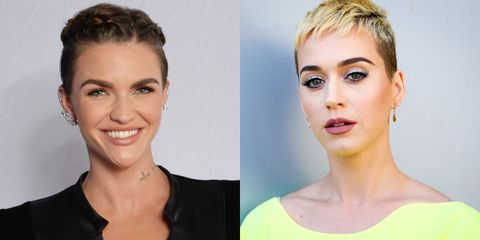 When Katy Perry dropped "Swish Swish," her surprise single with Nicki Minaj, people immediately started speculating that it was about Taylor Swift. With lyrics like, "Karma's not a liar, she keeps receipts," and the whole deep, complicated history that is "Bad Blood," that's not super surprising.

What was a little more surprising was the fact that Ruby Rose, a known member of Taylor's "squad," openly called Katy out on Twitter after hearing the song (which has no *direct* references to Taylor).

Ruby took some swipes at the song and at Katy herself:

Now, however, Ruby is backtracking on her pointed tweets. She returned to Twitter to tell fans, "Being mean doesn't suit me and leaves me feeling dirty."

She stopped short of directly apologizing, but explained that her tweets were a reaction to dealing with bullies herself and a desire to stick up for the "underdogs."