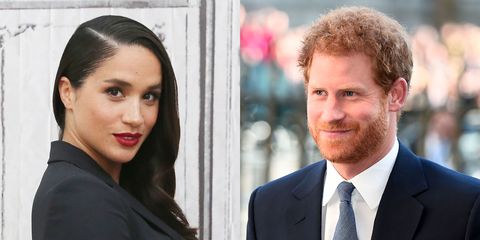 Meghan Markle might not have been invited to the ceremony portion of Pippa Middleton's wedding to James Matthews, but she was most definitely in attendance during the highly exclusive black-tie reception.

Harry reportedly drove 100 miles out of his way just to pick Meghan up, and while there are zero photos of them at the event itself, they were snapped driving to it—and looking adorable while doing so:

Harry—who is literally beaming in this photo—actually drove his girlfriend to the event himself, though apparently they weren't able to sit with each other due to Pippa's extremely strict seating chart that kept couples apart.

It's been highly speculated upon that Harry is moments away from proposing to his actress girlfriend, which means we may have another royal wedding to freak out over in the near future.