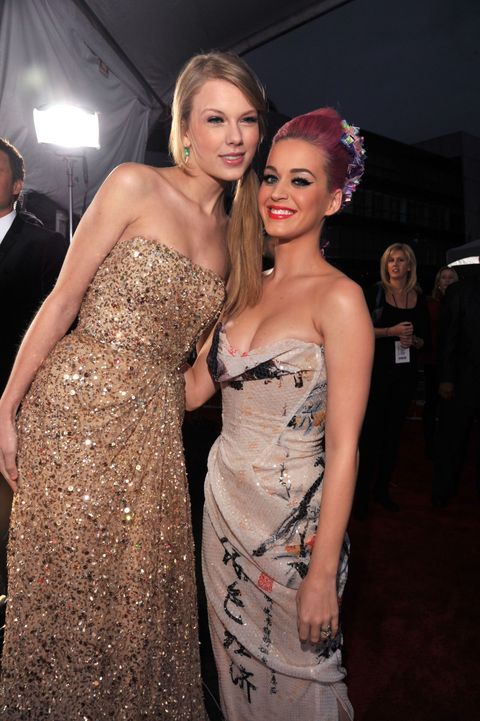 Katy Perry showed up on James Corden's Primetime Special on May 22, and spilled some major tea about her endless feud with Taylor Swift. "That's true, there is a situation," Perry said. "Honestly, it's really like she started it and it's time for her to finish it."

She also explained the feud's origins, and it's a LONG story:

"It's about backing dancers. It's so crazy! Okay, so there are three backing dancers that went on tour with her tour, right? And they asked me before they went on tour if they could go, and I was like, 'Yeah, of course. I'm not on a record cycle, and get the work, and she's great and all that. But I will be on a record cycle in about a year, so be sure to put a 30-day contingency in your contract so you can get out if you want to join me when I say I'm going back on.' So that year came up, right? And I texted all of them—because I'm very close with them—and I said, 'Look, just FYI: I'm about to start, I want to put the word out there.' And they said, 'All right, we're going to talk to management about it.' And they did. And they got fired."

Apparently, Perry "tried to talk to" Swift about their issues, but "She wouldn't speak to me. I do the right thing anytime that it feels like a fumble. It was a full shut-down and then she writes a song about me and I'm like 'OK, cool, cool, cool. That's how you wanna deal with it?'"