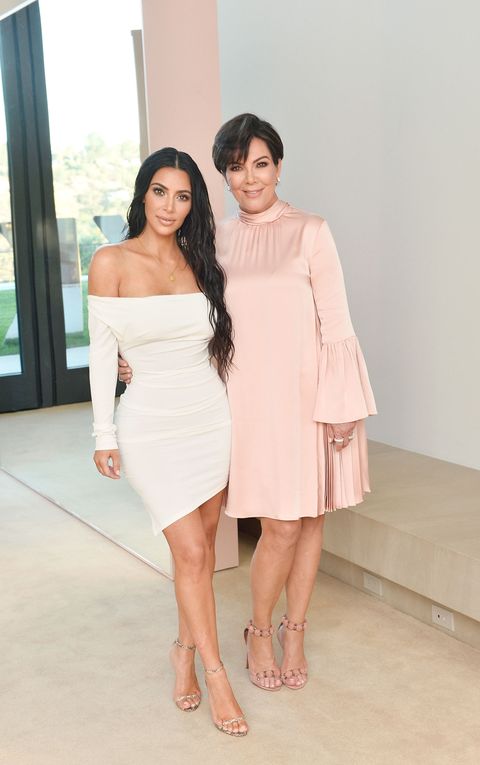 Anyone who's a die-hard Keeping Up with the Kardashians fan knows that the subject of Kim Kardashian's infamous sex tape was heavily covered during the show's formative years. In fact, it was during a conversation about the tape that Kris Jenner's now-iconic "but as her manager" meme was born:

But in recent years, the Kardashian family has moved on from Kim's tape, and barely ever address it. Which is why it's slightly surprising that Kris Jenner spoke at length about the tape during a recent interview with The Hollywood Reporter, calling it "devastating" and "one of the most horrific things that we, as a family, went through."

She also addressed the years-old rumors that Kim leaked the tape herself to drum up publicity. "Of course it's nonsense," Kris said. "You know, haters are gonna hate. People are gonna come up with the most ridiculous things."

Hmmm, if the tape wasn't leaked, then clearly it's time to whip out our other favorite Kris Jenner meme:

Mehera Bonner Contributor Mehera Bonner is a news writer who focuses on celebrities and royals.
This content is created and maintained by a third party, and imported onto this page to help users provide their email addresses. You may be able to find more information about this and similar content at piano.io
Advertisement - Continue Reading Below
More From Celebrity
What Happens on Katie's Season?
Gigi Shared the Sweetest Photo of Zayn and Khai
Advertisement - Continue Reading Below
Meghan Shared the Cutest Update About Archie
Meghan's Heartfelt Father's Day Gift for Harry
Sophie Turner Shared a Sweet Unseen Pregnancy Snap
The Queen Has a Collection of Dog Toys for Sale
Meghan Revealed the Nod to Diana in 'The Bench'
Celebs Are Posting Tons of Father's Day Tributes
Will Spent Father's Day with George and Charlotte
Charles Won't Allow Archie to Become a Prince