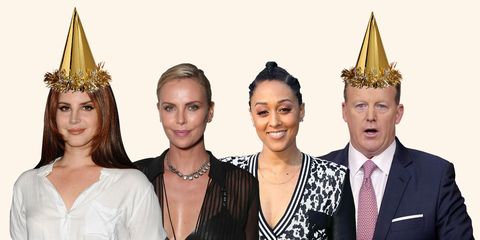 This week in petty...un-tribe-like behavior at SoulCycle, Comfort Chicken Parmesan, and multiple examples of how timing really is everything. Welcome to the Petty Party, which is like a newsletter email you get from the office-supply store because you wanted the welcome discount but not daily updates on what binder clips they just got in. But funner.

When Sean Spicer Made His Last Stand

Among Sean Spicer's many difficulties: He even had trouble taking a mini-fridge from junior White House staffershttps://t.co/LFXN1syKrP pic.twitter.com/j7X9SajB7i

Except it sounded like the junior staffers were like, "Uh, no, dude" when he tried to commandeer their mini-fridge (full of "Lean Cuisine frozen lunches"—one of the saddest things I have ever read, by the way). So he just laid in wait like that one really janky hyena from the Lion King and stole it in the dark of the night (8 p.m.). The imagery, people! The poetry of it. For nothing but your gift for buffoonery, you will be missed, Ol' Spicey. 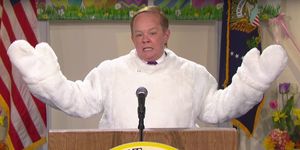 When Lana Del Rey Did a Lot of Shit

Not the hex bit, because I like that, but the way she confirmed that she did cast a spell to ward off Tr*mp. (It can kick in anytime now.) "Yeah, I did it," she said. "Why not? Look, I do a lot of shit." We can only hope she chose something zesty, such as uncontrollable diarrhea or African sleeping sickness.

When Trent Reznor Took It Back

Similarly, it's all in the phrasing when you backtrack on calling Ashton Kutcher an "asshole" whose supposed "f*cking tech genius" you don't "give a shit about."

"I don't know where that rage just came from," said Trent Reznor, frontman of Nine Inch Nails and author of the above quote. "But all I can say is that I've learned a hell of a lot from working at Beats and Apple...Being in that world has made me realize the true value of being an artist...The economics of music aren't what they should be, and the culture isn't giving the arts its fair due, but humans are always going to respond to emotion and storytelling. I believe that as much as I ever did. More, even." Change of heart? Or someone remembered his publicist sitting in the corner having a quiet conniption.

She was asked, but still: The only thing more pleasing than visual symmetry is celebrities shading one another in the style of Aretha Franklin dusting off the Brother PPF1270e to drag Dionne Warwick...five years after the fact. This is essentially what Charlize Theron did to Tia Mowry, who said in a 2014 interview that when she approached Theron at SoulCycle, the latter rolled her eyes and said "Oh, my god." Fast forward to Sunday, when Theron responded to the allegations by saying "What a bitch" and questioning the integrity of the publication that first reported the incident. Classic. 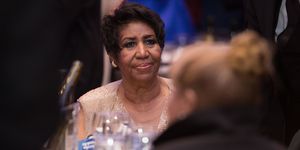 When Some Lady on Twitter Showed Us That Petty Is a Marathon, Not a Sprint