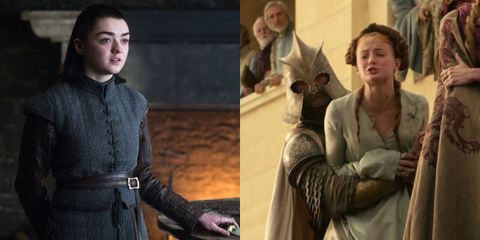 On this week's Game of Thrones, Littlefinger's manipulation of the Stark sisters started to reveal some real cracks in their relationship. While Sansa more or less welcomed Arya with open arms when she returned to Winterfell, she quickly realized that her little sister had become, well, the murdering sociopath that she is.

Arya, on the other hand, has been harboring some resentment for Sansa for years—okay, a lot of resentment. Turns out, Littlefinger's planted letter poured salt in a very real emotional wound of Arya's—she's always felt like her sister was complicit in their father Ned Stark's death.

Arya goes off on Sansa about it all, actually, delivering a biting speech about her memories of that day:

"I remember you, standing on that platform with Joffrey and Cersei when they dragged father to the block. I remember the pretty dress you were wearing. I remember the fancy way you did your hair."

But does Arya really remember the whole truth?

Even though Sansa was standing on the platform in a pretty dress with fancy hair, it's because she believed that she had successfully negotiated for her father's life and helped secure him a lesser sentence (exile to The Wall versus beheading). It's not even fair to call Sansa stupid for believing this because Cersei Lannister believed it too and Cersei is probably the most savvy political player on the entire series.

Joffrey's decision to execute Ned was a curveball that no one saw coming. And, as soon as Sansa realized things were going south, she broke down on stage, all while Arya stood watching.

Can "A Girl" see when her sister has been blindsided? Guess not. 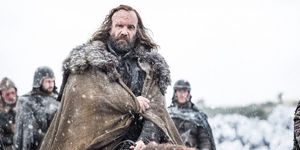 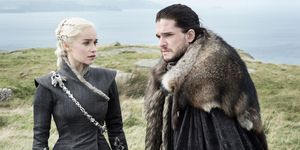 Kayleigh Roberts Kayleigh Roberts is the weekend editor at Marie Claire, covering celebrity and entertainment news, from actual royals like Kate Middleton and Meghan Markle to Hollywood royalty, like Katie Holmes and Chrissy Teigen.
This content is created and maintained by a third party, and imported onto this page to help users provide their email addresses. You may be able to find more information about this and similar content at piano.io
Advertisement - Continue Reading Below
More From Celebrity
The Queen's Hot Grandnephew Is a Thirst Trap
Watch Diana Play Impromptu Piano in Rare Clip
Advertisement - Continue Reading Below
Peek Inside the Cambridges' Country Home
Harry Is Heartbroken About His Family Situation
William and Harry Could Fight Over Diana's Legacy
William Reveals Which of His Kids Is the Cheekiest
Serena Williams's Daughter Is Taking After Mom
EmRata Opts for Faux Fur and Yeezy Boots
Rob Lowe: Prince Harry Is Rocking a Ponytail Now
Rihanna Stuns in $2 Million of Diamonds and Rubies