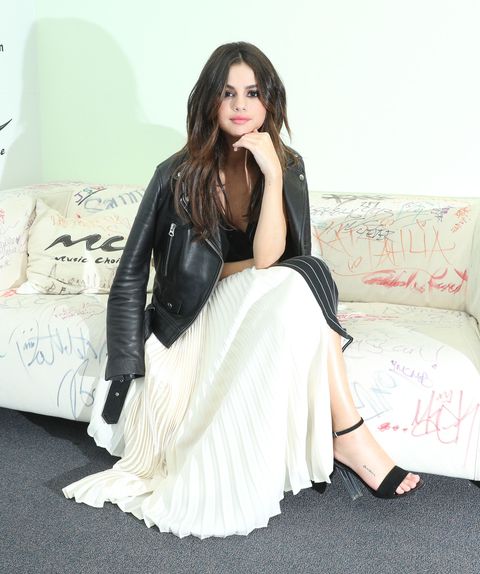 Selena Gomez recently moderated a Q&A with the producer and director of Robert Pattinson's new film Good Time, and spoke candidly about her mental health. The singer opened up about being on bed rest, saying she watched Heaven Knows What—about a heroin addict who attempts suicide and ends up in hospital.

"A little while ago I was actually on bed rest, and it's probably the worst time to watch Heaven Knows What or the best time, depending on your mental state," she explained. "I ended up becoming extremely fascinated with the boys [AKA director Josh Safdie and producer Sebastian Bear Mc-Clard] and kind of forced them to become my friend a little bit."

Selena entered rehab to focus on her mental health in October 2016. "You have no idea how incredible it felt to just be with six girls," she said of the experience. "Real people who couldn't give two shits about who I was, who were fighting for their lives. It was one of the hardest things I've done, but it was the best thing I've done."

Watch the trailer for Good Time below. 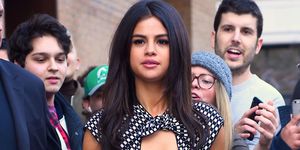 Selena Gomez Opens Up About Rehab

Mehera Bonner Contributor Mehera Bonner is a news writer who focuses on celebrities and royals—follow her on Instagram.
This content is created and maintained by a third party, and imported onto this page to help users provide their email addresses. You may be able to find more information about this and similar content at piano.io
Advertisement - Continue Reading Below
More From Celebrity
Chrissy Teigen Shared a Cute Tom Hanks Story
Gigi and Zayn Finally Reveal Their Daughter's Name
Advertisement - Continue Reading Below
Rihanna Takes Out the Trash on Trump's Last Day
Chrissy Teigen Shared a Moving Post About Sobriety
Meghan's Royal Aides to Testify in Her Court Case
Greta Thunberg Hilariously Trolled Trump—Again
Watch Demi Perform During Biden's Inauguration
Joe Biden Follows Chrissy Teigen on Twitter
J.Lo Wore Head-to-Toe Chanel for the Inauguration
The Queen Sent a Private Message to Joe Biden