Kylie Jenner is reportedly pregnant with her first child at the age of 20, and TMZ has just confirmed that she's expecting a baby girl.

The site claims Kylie and her boyfriend Travis Scott have been telling friends the gender of their baby, and that she's already five months along. They've been privately sharing the big news for about two months now. 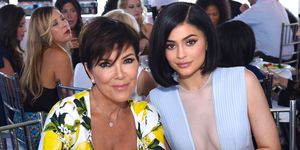 Per Kris Jenner, the reality star and beauty entrepreneur isn't commenting on her pregnancy at the moment, but the family were reportedly "begging" her to protect herself. "With Tyga, whenever things were good, Kylie said she wanted a baby," says a source. "Between spending lots of time with her nieces and nephews, and being around Tyga's son, she claimed she was ready. Her family would beg her to protect herself. They were very concerned...They still think Kylie is too young to have a baby."

Kylie shared the below photo of herself after news of her pregnancy broke, purposefully flashing her stomach. Looks like that's the only comment we'll be getting from her for the time being: 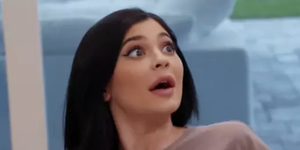 Mehera Bonner Contributor Mehera Bonner is a news writer who focuses on celebrities and royals—follow her on Instagram.
This content is created and maintained by a third party, and imported onto this page to help users provide their email addresses. You may be able to find more information about this and similar content at piano.io
Advertisement - Continue Reading Below
More From Celebrity
Prince Philip Will Not Have a State Funeral
Harry Doesn't Want Drama at Philip's Funeral
Advertisement - Continue Reading Below
How Meghan Feels About Missing Philip's Funeral
Eva Longoria Loves Her Mini Trampoline
The Royals Won't Wear Uniform at Philip's Funeral
Jennifer Lopez and Alex Rodriguez Announce Breakup
Charles Teared Up As He Read Tributes to Philip
The Gucci Family Is Upset About 'House of Gucci'
Taylor Sent the Sweetest Gift to a Frontline Nurse
Royal Family Shares Rare Photo of Prince Philip