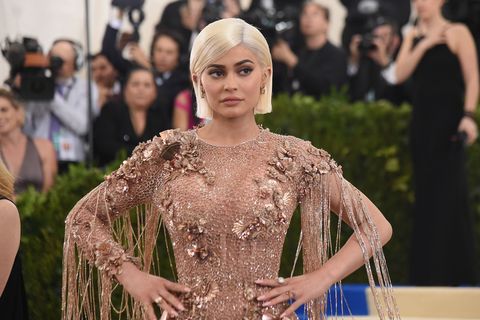 Kylie Jenner is reportedly pregnant with her first child at the age of just 20, and while the Kardashian family are remaining quiet about the subject, a source tells People that they've been concerned about Kylie's birth control methods since she was dating her ex-boyfriend Tyga.

"With Tyga, whenever things were good, Kylie said she wanted a baby," says a source. "Between spending lots of time with her nieces and nephews, and being around Tyga's son, she claimed she was ready. Her family would beg her to protect herself. They were very concerned...They still think Kylie is too young to have a baby."

The source went on to explain that the Kardashian-Jenner family are worried Kylie might not understand what being a mom really means. "Kylie is very naive," the source says. "Spending time with other people's kids is obviously completely different than being a mom 24/7. Kylie of course has no idea about all the hard work and sleepless nights."

Another source explains that that Kylie has "always wanted to do her own thing despite what Kris says," though ultimately the momager is supportive of her daughter's decision.

FYI, Kylie is currently dating Travis Scott—who is said to be the father of her baby. 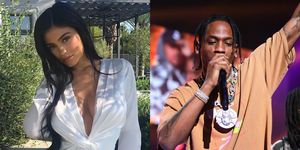 Mehera Bonner Contributor Mehera Bonner is a news writer who focuses on celebrities and royals.
This content is created and maintained by a third party, and imported onto this page to help users provide their email addresses. You may be able to find more information about this and similar content at piano.io
Advertisement - Continue Reading Below
More From Celebrity
Jen Aniston Said a Male 'Friends' Star Was Rude
Jennifer Aniston on "Silly" Love Life Speculation
Advertisement - Continue Reading Below
People Are Devastated by Britney's Revelations
Britney Spears on "Abusive" Conservatorship
'Too Hot to Handle' S2 Was Filmed In Paradise
About That "Sexy Nerd" From 'Too Hot to Handle'
Prince Charles Is Leaving London When Harry Visits
What Happens on Katie's Season?
Meghan Wrote a Book When She was in Eighth Grade
Irina Pairs Her LBD With a White Shirt and Sandals