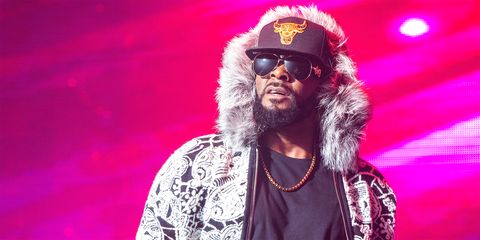 In the wake of the #MuteRKelly movement, Spotify appears to be the first platform to actually take action. Today, the music streaming service announced that users will no longer be able to find R&B singer R. Kelly under any of its algorithmic playlists or streaming services.

"We are removing R. Kelly’s music from all Spotify-owned and -operated playlists and algorithmic recommendations such as Discover Weekly," Spotify told Billboard in a statement. 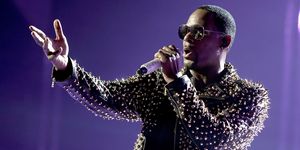 R. Kelly Tells the Truth About Abuse Allegations
Wendy Williams Is Sick of the #MeToo Movement

The decision to remove him from these services came after a new Hate Content and Hateful Conduct policy was put in place—an effort to reflect the company's own moral values.

"His music will still be available on the service, but Spotify will not actively promote it. We don’t censor content because of an artist’s or creator’s behavior, but we want our editorial decisions—what we choose to program—to reflect our values. When an artist or creator does something that is especially harmful or hateful, it may affect the ways we work with or support that artist or creator," the statement continued.

There have been a number of sexual assault allegations brought against Kelly by women who claim to have been held in a "sex cult" by the singer. Earlier this week, two more women came forward, accusing him of similar actions. Kelly has denied all accusations and is not known to be under investigation for any criminal activity.

"When we look at promotion, we look at issues around hateful conduct, where you have an artist or another creator who has done something off-platform that is so particularly out of line with our values, egregious, in a way that it becomes something that we don't want to associate ourselves with. So we've decided that in some circumstances, we may choose to not work with that artist or their content in the same way—to not program it, to not playlist it, to not do artist marketing campaigns with that artist."

This is one small step toward hopefully many more in the #MeToo movement.