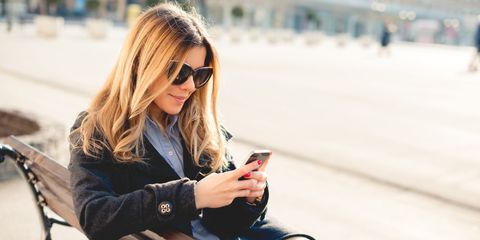 —Comedian Amy Schumer is stirring up controversy lately—not that she's ever shied from doing so. Everyone's favorite funny girl is receiving a bit of backlash from film execs and fans after her risqué Star Wars-themed shoot for GQ's August issue, which apparently was not authorized by Lucasfilm or Disney. (EW)

Here's what happened when we asked @AmySchumer to redesign her GQ cover http://t.co/waPgXlnviV pic.twitter.com/rPkEaN3VQR

@CPThrio @icecoldpenguin Lucasfilm & Disney didn't approve, participate in or condone the inappropriate use of our characters in this manner

—Remember #bendgate? Leaked photos of the upcoming iPhone 6S Plus indicate Apple may be solving the flexible iPhone issue with the next generation device. (Mac Rumors)

—U.K. tabloid, the Sun, has released clips of a young Queen Elizabeth and her family performing the Nazi salute. Reps from Buckingham Palace are disappointed in the exploitation of the images and is raising questions as to how they were obtained, given they were stored in the monarch's personal family archive. Nonetheless, this can't be good for the royal family. (The Guardian)

—Finally, albeit ever so gradually, access to birth control is opening up. Beginning next year, Oregon will permit birth control to be sold over the counter without a doctor's prescription. (LA Times)

—The Huffington Post is sending a pretty big message about how they view Donald Trump and his presidential candidacy. Now, if you want to find coverage on Trump's campaign, it will be filed under the site's Entertainment section instead of Politics, right "next to stories on the Kardashians and The Bachelorette." (Huffington Post)

—Christmas in July? It certainly felt that way for Hawaiians who received two inches of snow last night. (SF Gate)

Sarah Lindig Senior Digital Editor, Special Projects Sarah Lindig is the senior digital editor, overseeing special projects for Harper's Bazaar.
Advertisement - Continue Reading Below
More From Culture
'Good Girls' Is Back for an Explosive Season 3
Netflix's 'Haunting of Hill House' Will Return
Advertisement - Continue Reading Below
Criminal Minds Season 15 Will Be Its Last
The Hot New Podcasts to Add to Your Queue
Who Are the Women of 'The Bachelor' in 2020?
Join Marie Claire's Virtual Monthly Book Club